No major spoilers but you might want to see it first.

With all the zipping around to new planets in the first 15 or so minutes it was hard to settle in because we kept banging around to all these different worlds. Each time we cut to a new planet I’m trying to remember the title and descriptor for later. Maybe we’d need this info. We didn’t.

We already knew what was going to happen in the movie so the characters really had to be top-notch. They fell short for me. I didn’t bond with any of them except the defective pilot. He was the only one who I wanted know more.

I loved Rey from the Force Awakens. I didn’t love Jyn Erso. Rey was human, likable, and vulnerable. Jin didn’t do anything where I thought “that’s fun.” I need multiple sides to a character.

And I don’t need to see anymore French revolution characters. In any movie. Ever.

Princess Leigh and Grand Moff Tarkin both looked like they just stepped of the Polar Express. This was the absolute worst. I see them on screen and think “this is fucking stupid.”

Mon Mothma had a new actor, no CGI bullshit. I’d have been okay if Leigh and Tarkin did, too. It’s unavoidable at times — you need a different actor when the originals have aged or are gone.

Or maybe just don’t show their faces. That’s acceptable, too. I’m not saying Jar-Jar Binks for these CGI characters in Rogue One…but I was really disappointed. Bad CGI will ruin every movie every time. People should really know this by now, especially people making Star Wars movies.

The antagonist Orson Krennic came across like a whiny little bitch. Kylo Ren did, too. I don’t like whiny little bitches. C’mon guys give me some menacing opposition in the Disney takeover of the Star Wars empire. 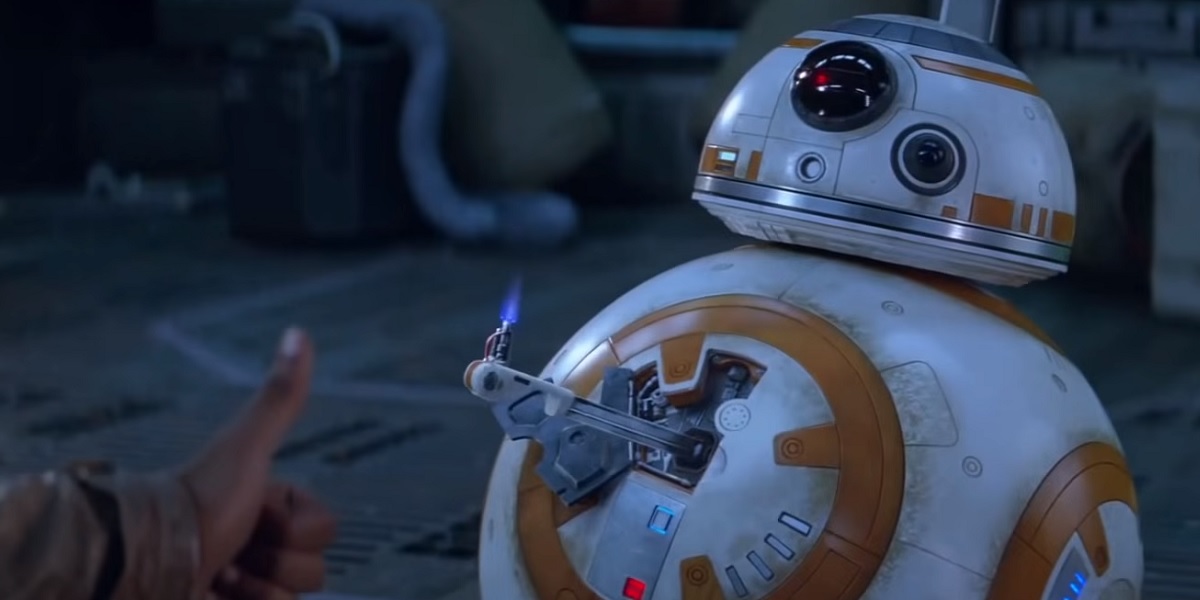 K-2SO came across as a Chewbacca-C3PO wise-cracking sidekick, a lumbering smart-ass I didn’t like. Well, I just didn’t care about him. It’s not that he wasn’t likable but his character was there for what felt like comic relief. I get it but I can take or leave characters like that.

When BB-8 would lean into his turns while running, I was like “Yes! He’s such a little badass.” That bonding, that liking of the character that’s damn important even if they are droids.

That line is absolutely legendary in the Star Wars universe. Who were these mysterious Bothans?

They were just dudes in this movie.

Even though “many Bothans died to bring us this information” there wasn’t one prominent Rebel character that looked like the traditional Bothan spy. Of all the Rebels that went to the planet surface to retrieve the plans, only one wasn’t a regular old human. Just dudes.

Where are the historical spies that sacrificed their lives for the future of the galaxy? Just dudes.

I can’t even remember any of their lines. Did they have any? 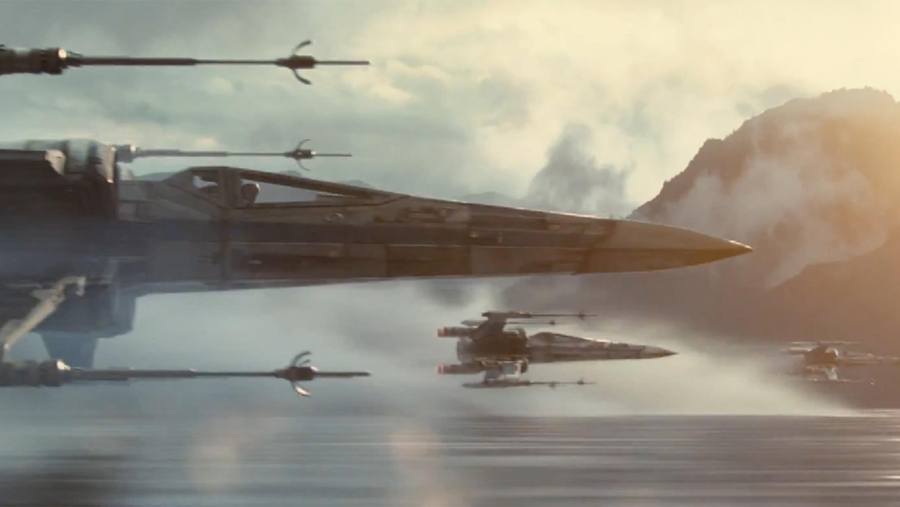 In the Force Awakens when the X-wings were coming in to save the day, flying low just above the lake, I almost wanted to cry. The anticipation, that “yes” feeling — that was magical.

I only felt a minor warm fuzzy when the X-wings showed up this time, came through the opening in the deflector shielded. Or when they blasted the first AT-AT, I just felt meh. Maybe they could’ve spent more time with the fighters rushing down to the surface. Take me on a brief exhilarating ride if only for ten seconds.

So the Death Star fired up its superlaser twice. Both times the scenes felt recycled, like they used the exact same shots and had the exact same sound effects. I seriously wonder if they didn’t lift the Imperial gunners right from Star Wars and splice them into Rogue One. Granted we do want the Death Star to look and feel the same but there didn’t seem to be anything creative or new or fresh during the superlaser scenes.

I did like the upside down shots of the Death Star. That was something new.

The trailers gave me a lot of hope for this movie, I really thought the movie was going to be much more than it was. I’ve read the Death Star and Millennium Falcon books, we know a standalone Star Wars story can be awesome.

@slim on Twitter said, “Honestly, where was THIS movie? Whatever movie that’s in theaters is totally different.”

All of this could very well be Disney’s fault since many of the scenes from the trailers have gone missing.

It’s too bad. I was really looking forward to… “This is a rebellion isn’t it? I rebel!”

Update: the absolutely legendary line was regarding the plans stolen for the second Death Star, not the first. My mistake. 🙄

I think I was so distraught / enraged by the movie that I forgot which plans were which.

Yeah, in retrospect, it was lacking. I tried so hard to like it. Felt bad I didn’t.

I really wanted to like it. I really, really did.

Frost on the kitchen window 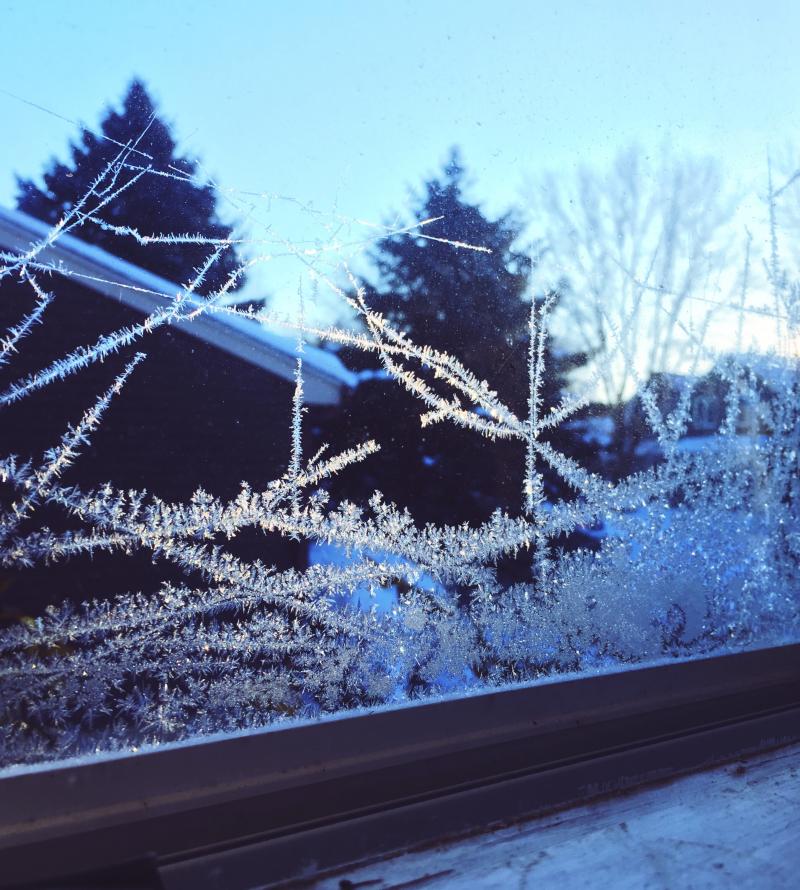 Rose bush thorns in the snow 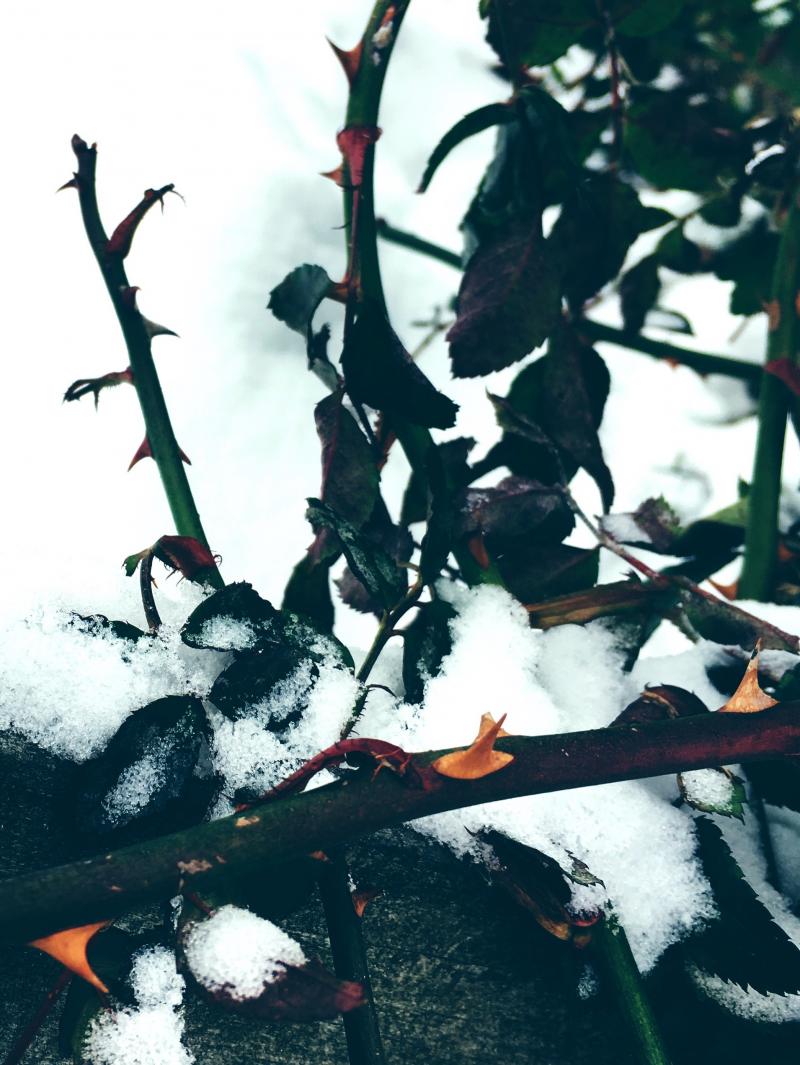 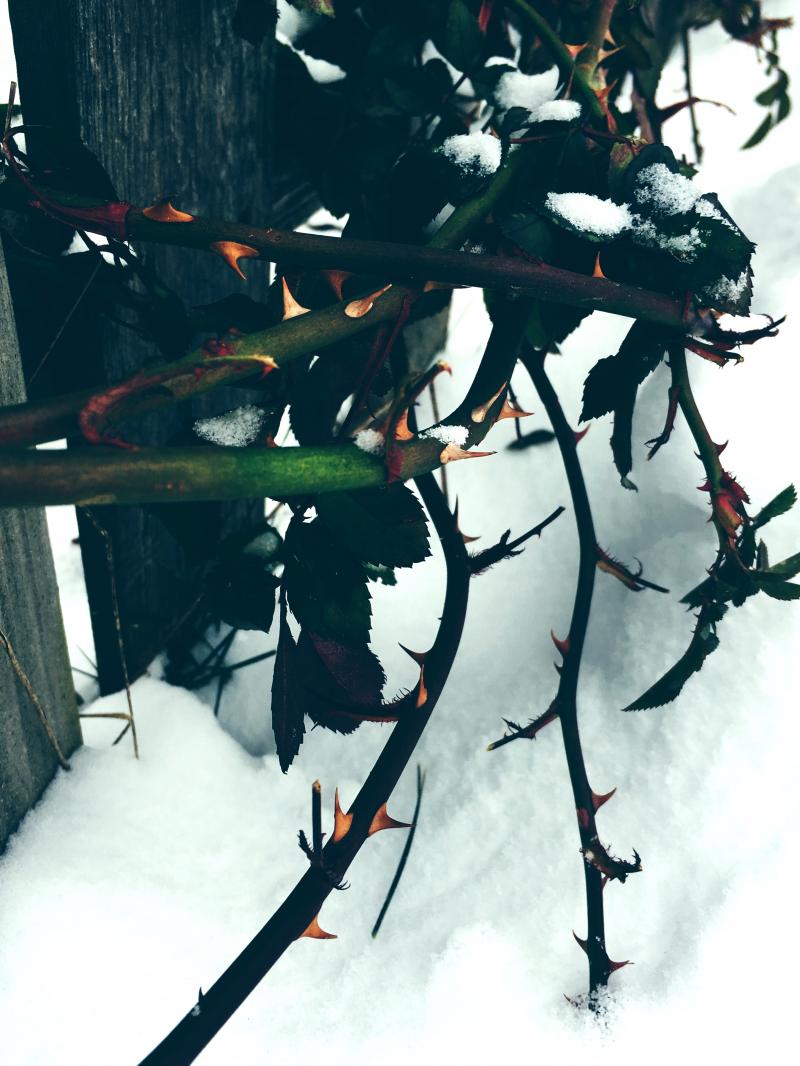 Peaches come from a can 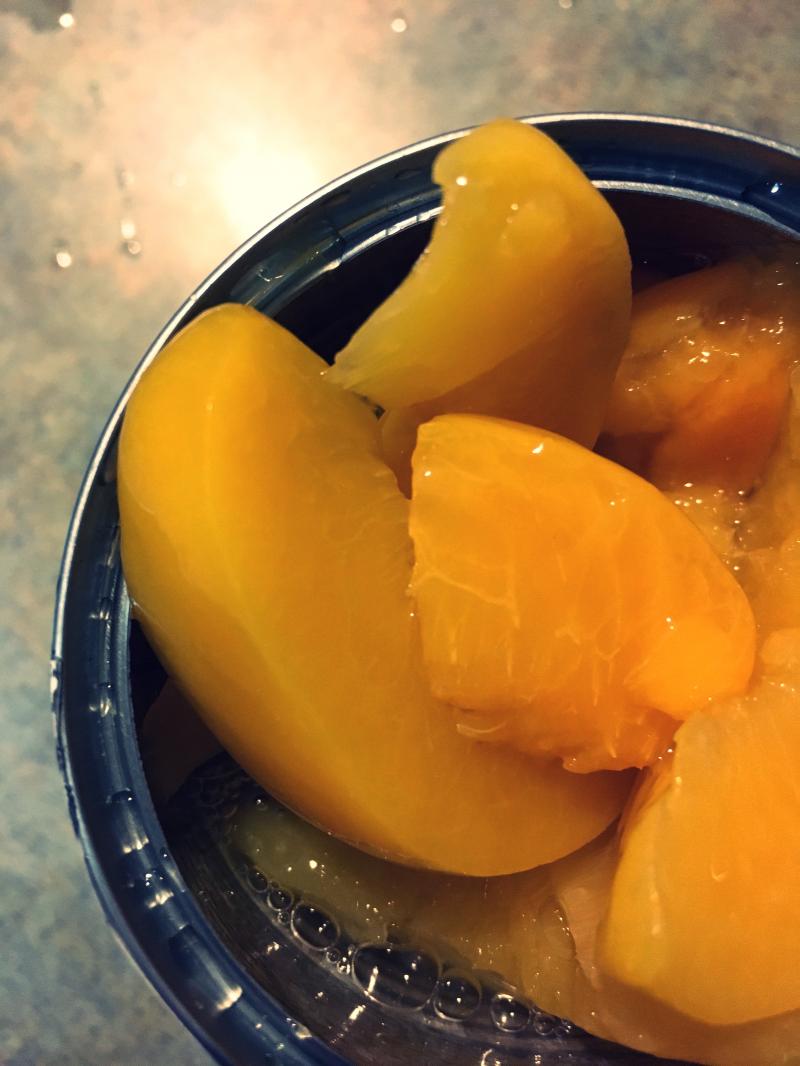 They were put there by a man.

It’s time for Rogue One 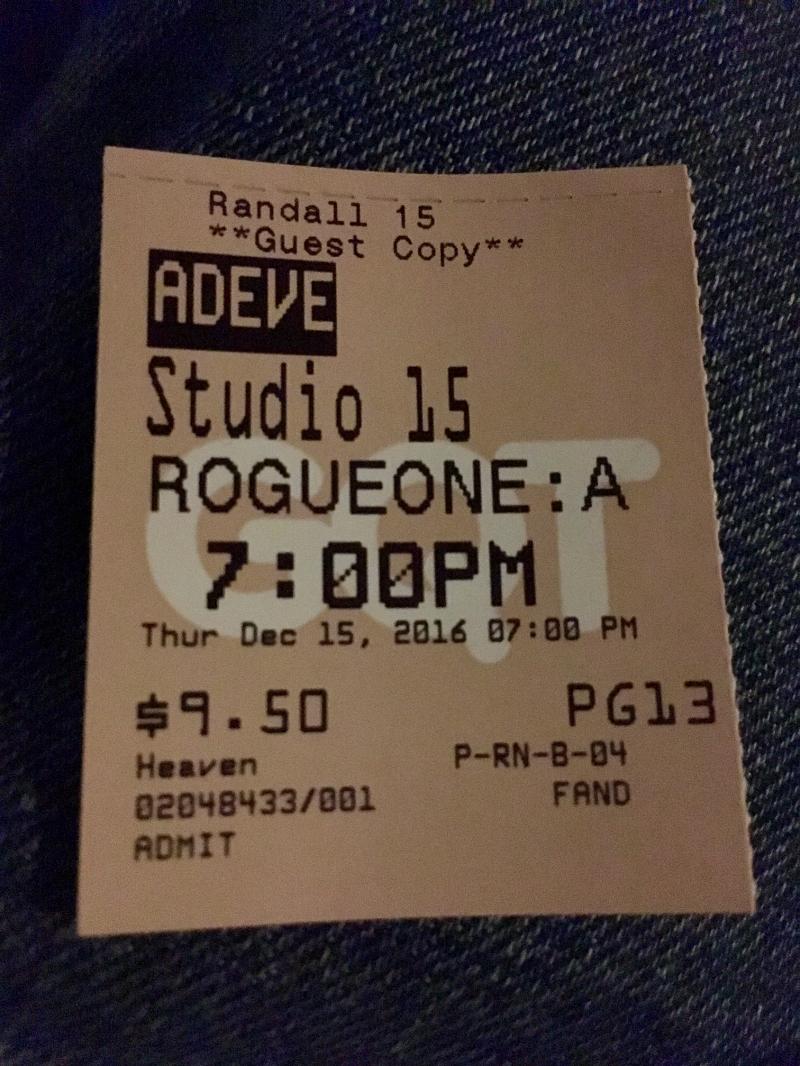 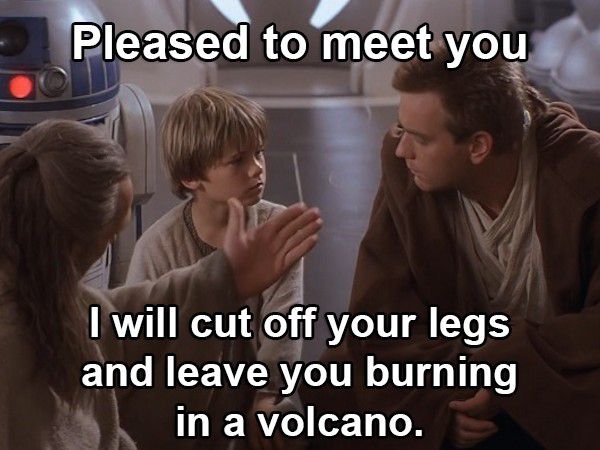 My hair buzzer died 3/4 of the way through when shaving my head. So I had to use a regular razor.

A double amputee and the mother of a bullied teen 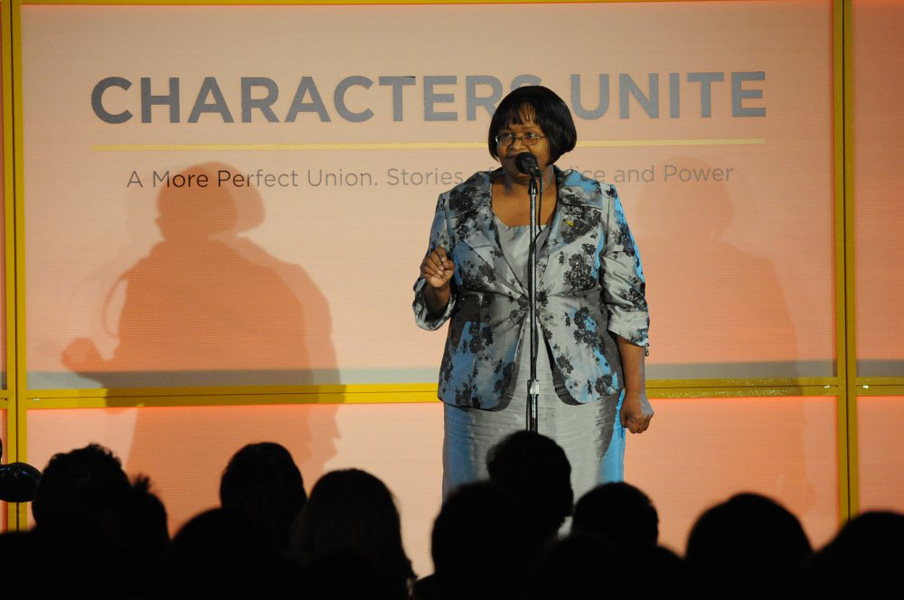 A double amputee explores her changing relationship with prosthetic legs.

The mother of a bullied teen tells the story of his suicide.

I haven’t posted a podcast in a while but these two stories will make your heart sing and cry both. In that order.

Also, if you’re not listening to The Moth regularly, you’re missing out.

Or maybe it’s your shes-putting-up-her-hair jam.