The Photos Behind Rockwell’s Paintings 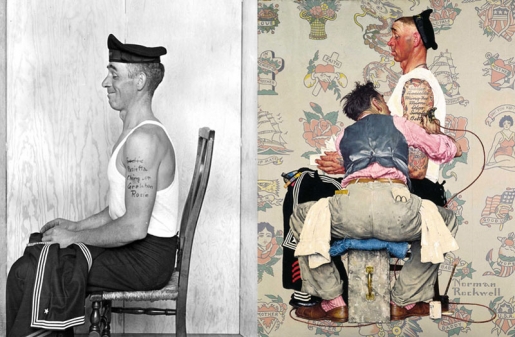 A prolific artist, Rockwell produced over 4,000 original works in his lifetime. What some people may be unaware of is that Rockwell meticulously composed photographs that he used as part of his artistic process to create his famous paintings and illustrations.

The sailor looks a smidgen more pleasant in the photo on the left.

Many of the photos linked article come from the The Norman Rockwell Museum. If you poke around there, be sure to check out Heroes & Villains: The Comic Book Art of Alex Ross.

Somehow over the course of the last week, I bought the same comic book twice.

Famous logos past, present and future

The past and the future of famous logos

We review the history and imagine how Apple and other famous logos will look like in the future.

Of course the Pepsi logo above is my favorite.

That "1955" Motorola logo is on the back of my phone. It's always reminded me of Madonna.

Yes in the video clip are real robots that are really playing the Ace of Spades! I love the headbanging and body movements. Stickboy with four arms on drums, Fingers with 78 fingers playing guitar and Bones on bass. Collectively they make up Compressorhead. 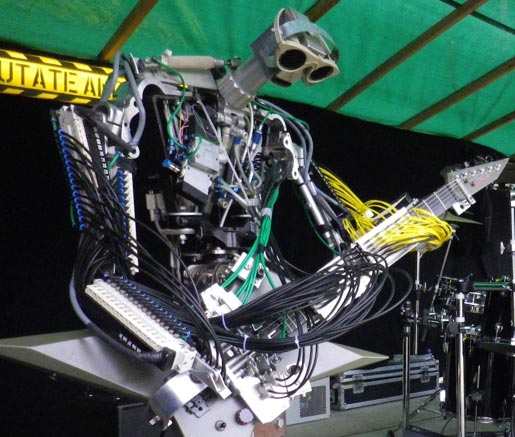 Final thought: I wonder if they could get Stephen Hawking on vocals?

Saw this a while back and wondered if they duplicated the Lemmy mole as well.

Lemmy's mole is an icon all its own, see Related Article below..

"Did you ever wanna run up and suck on that big ol' nipply mole or what?" 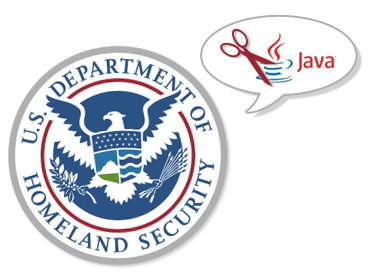 The U.S. Department of Homeland Security has reiterated its warning to Java users that the widely used Web plug-in still poses risks for Internet users, even after Oracle patched the software to prevent hackers from exploiting a zero-day vulnerability.

It comes as some security experts are warning that the new software — Java 7 (Update 11), which was released on Sunday — may not actually protect against hackers attempting to remotely execute code on user machines.

I’ve hated Java ever since I first read this:

Both version numbers 1.5.0 and 5.0 are used to identify this release of the Java 2 Platform Standard Edition.

This is gonna make some Minecraft players very sad. 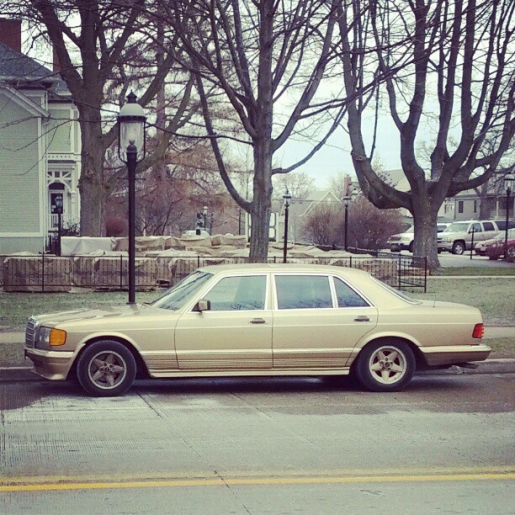 Straight from the 80s? Anybody driving this car would automatically be granted diplomatic immunity. 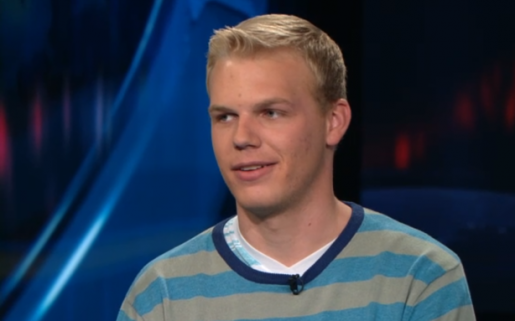 On Tuesday, the Boy Scouts quickly snuffed out a flicker of hope that a gay Eagle Scout candidate in California might actually earn the rank after his local council threw their support behind him. That flicker came from news that a local review board vowed to challenge the Boy Scouts’ decision not to award Brian Andresen the Eagle rank due to his sexual orientation. But just hours after that report went live, a Boy Scouts executive reaffirmed the initial decision on Tuesday and told CNN that Mount Diablo-Silverado Boy Scout Council rejected the Eagle Scout application for 18-year-old Ryan Andresen due to “membership standards,” specifically “duty to God, avowed homosexuality, and the fact that he is now over 18 years of age.” The boy’s father, Eric Andresen, said in response, “It’s pretty upsetting, and it’s wrong. The whole thing has been wrong since day one.”

Writing as a devil’s advocate, nobody is forcing Andresen to be an Eagle Scout. It’s not like he he has to go.

The BSA is a voluntary, private organization that sets policies that are best for the organization. The BSA welcomes all who share its beliefs but does not criticize or condemn those who wish to follow a different path.

From one point of view it makes kinda makes sense because the Boy Scouts are filled with young, impressionable boys and the organization is probably doing its best to head off any predators. From another point of view, this won’t matter. Avowed predators don’t exist.

Maggie and I ventured to Peck Farm’s Birds of Illinois Winter Exhibit today, below are my two favorites.. 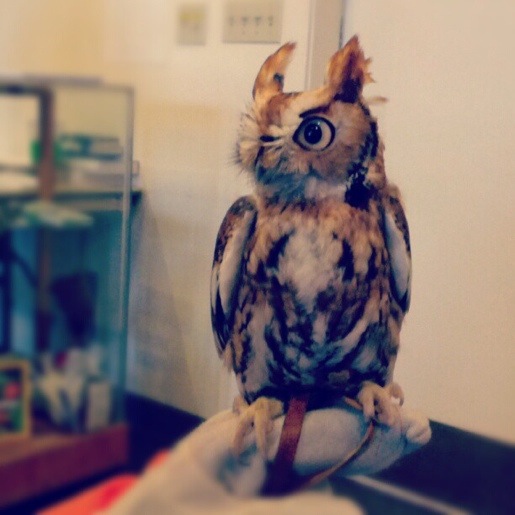 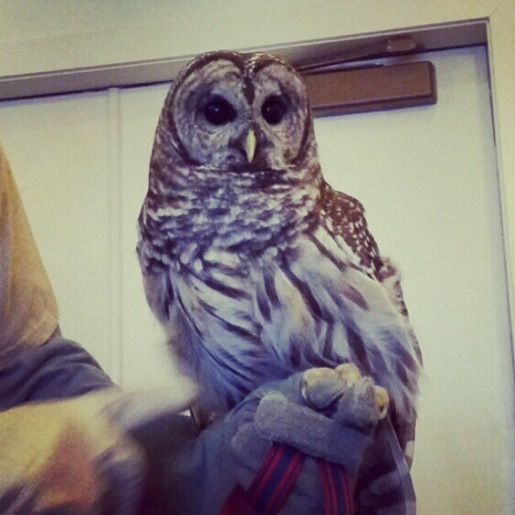 Early in the day I came in from the garage and Maggie said nonchalantly while playing with her toys:

“Essentially the Band of Marching Markers have already won because Robot City is completely defenseless.”

I’m sure you’ve heard the news…

Secure resources and funding, and begin construction of a Death Star by 2016

This Isn’t the Petition Response You’re Looking For

The Administration shares your desire for job creation and a strong national defense, but a Death Star isn’t on the horizon. Here are a few reasons:

I felt a great disturbance in the Force, as if millions of voices suddenly cried out in terror and were suddenly silenced. I fear something terrible has happened.

This is one of the best petition responses I’ve ever read. Well done, Paul Shawcross. 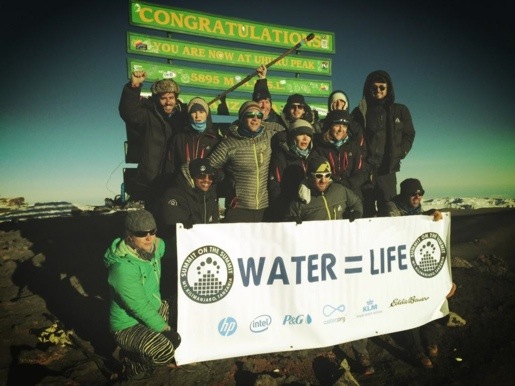 In 2010, inspired by the global water crisis, the musician and activist Kenna organized Summit on the Summit, a hike to the top of Mt. Kilimanjaro with several fellow performers, including Jessica Biel and Lupe Fiasco. The trek was turned into an MTV documentary also intended to raise awareness of the many nations affected by a lack of clean water.

To kick off the new year, Kenna has climbed the mountain again with a new team, including Foster the People singer Mark Foster. The two paused at the peak of Kilimanjaro to deliver this exclusive video message to Rolling Stone, during which they explain the purpose of their hike and describe their view at 16,000 feet.

If I was in my mid-20s again, I’d be doing shit like this instead of pretending that work was important.