Caught a nasty bit of something starting the 4th and lasting heavily through the 9th. After missing nearly a full week of work, I needed to spend the bulk of this week playing catch-up and so accounts for the mid-December hibernation for tcrbang.com.

Now then, I feel like everything is back on track1 and feel comfortable lolly gagging around the Internet.

I’ve a few Reader Submission that need posting and also a few thoughts on web developments2 elsewhere. Luckily I manage my email quite well so that’s never an issue. ;-)

1 Also am caught up with the TV shows

2 Including the mess HP has made with webOS

I’ve always said that it bugs me that people talk about football like it’s important.

The tone of voice, the language, the emotion, the sheer amount of time they devote to it, is unsettling to me. I sense a subtle but not non-existent message that if I don’t share their opinion about it, that there is something wrong with me. Especially from men. I can’t count how many times conversations have been ended when I say bluntly that I don’t follow football and I don’t care.

It’s completely unavoidable to not say that there is a clear message of homophobia coming from many of them. Since I’m trying to be serious, I won’t say most, but I stand by many.

In my opinion, it’s not much of a leap to say that men that have this kind of attitude are making a LOUD statement about their own sexual problems. They admire, let’s face it, at least subtly worship men who want to wrassle and tackle and point butts at each other. These are all activities that are tops on my list of things I don’t want to do with other men.

As usual, I go overboard trying to make a point. I’ve suggested, and am not prepared to say in this piece how much I was joking or how serious I am, that football is a pantheon to homosexuality. Nothing more than a thinly disguised attempt to organize homosexuality.

I guess I want to go on record as saying that I stand by my exaggerations.

And this reverence for football (reverence was a careful word choice, and I can’t agree with it more) is to blame for the Sandusky-Penn State scandal. Hyphenating the names of Sandusky and Penn are intentional as hell. The aforementioned reverence makes the two inseparable.

The people who I’ve indicted in my opening paragraphs are to blame for this tragedy. Because they hold football, and therefore Sandusky, in reverence, they made it an offense, tantamount to heresy, to report a FOOTBALL HERO.

Why do you suppose presidents of universities, and other high ranking university officials have been fired? Held accountable.

Thinking people, people of conscience, know. There is something dreadfully wrong here. These are the kinds of days that change things. Religions are changed when someone says the emperor has no clothes. And in fact the reason he’s naked is to rape a boy.

Football has always pissed me off in it's relationship to colleges. I went to Oklahoma State and honestly it was almost a religion in that area. If the physics department was destroyed in an accident I doubt they would replace it with the effort and money put into the football program.

I seriously cannot stand watching much about the Penn State stuff. All I can say is when (not if) Sandusky goes to jail I hope the inmates treat him well.

I follow football to a degree, I also follow baseball and soccer. But they all are forms of entertainment and people need to treat them as such. People do not have priorities straight at times it seems when they can overlook a blatant child molester because they do not want to lose a football game/championship or alumni funding.

It's about as important as NASCAR. 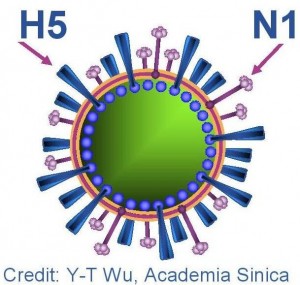 Anthrax isn’t scary at all compared to this

A group of scientists is pushing to publish research about how they created a man-made flu virus that could potentially wipe out civilisation.

The deadly virus is a genetically tweaked version of the H5N1 bird flu strain, but is far more infectious and could pass easily between millions of people at a time.

The research has caused a storm of controversy and divided scientists, with some saying it should never have been carried out.

Sounds like either a military finance/strong-arm operation ..or.. an ego-tripping scientist.

Pictures of The Walking Dead Heroes as Zombies 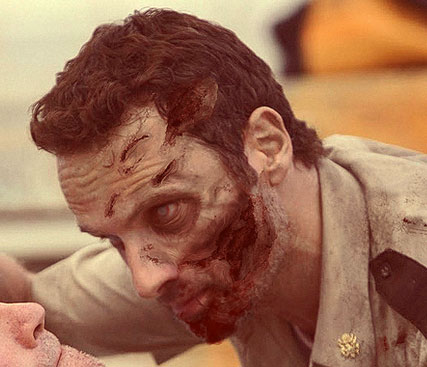 Your favorite face-smashing, arrow-shooting, child-losing, shotgun-blasting misfits have so far survived the zombie apocalypse. But what if they didn’t?

Tonight is the Midseason Finale!

now he havent this cloth…
so he willn' tdie…
but he dien't in s1 to s3…
every thing can will happend in s4…
good luck !!

EdgeRank is the name of the algorithm which Facebook uses to determine what appears in their users’ news feeds. The news feed is Facebook’s ‘Killer App’. There is a plethora of information available to Facebook users, and the newsfeed is the order in which it appears.

It determines which of your connections is the most important to you and thus appears most frequently, and which kinds of content should appear higher than others. For anyone seeking to market a product or service on Facebook it’s essential you understand how this algorithm works.

Reading this gave me a better understanding of how Facebook sorts the News Feeds, not so much for marketing purposes, but for my own sanity.

I have a real hard time with Facebook deciding what’s a Top Story and what’s not. It probably doesn’t help that I won’t assist them with machine learning by clicking the blue triangle.

Turn On the Server. It’s Cold Inside.

Two researchers at the University of Virginia and four at Microsoft Research explored this possibility in a paper presented this year at the Usenix Workshop on Hot Topics in Cloud Computing. The paper looks at how the servers - though still operated by their companies - could be placed inside homes and used as a source of heat. The authors call the concept the “data furnace.”

They acknowledge that it is more likely that data furnaces, if adopted, would be placed first in basements of office and apartment buildings, not in individual homes. But as a “thought-provoking exercise,” the authors give homes the bulk of their attention.

I suppose it’s all about trust before it could go mainstream.

Well I definitely can heat my office running two towers in a normal Oregon winter. (Around the 40s)

Is the Chevy Volt Fire-Prone? Feds Open an Inquiry

During that test, the car’s battery was damaged and the coolant line was ruptured. When a fire involving the test vehicle occurred more than three weeks after it was crashed, the agency concluded that the damage to the vehicle’s lithium-ion battery during the crash test led to the fire.

Talk about your delayed reaction. Read the comments for mixed reactions.

Global Warming Not That Bad?

“Many previous climate sensitivity studies have looked at the past only from 1850 through today, and not fully integrated paleoclimate date, especially on a global scale,” says Andreas Schmittner, professor at the College of Earth, Ocean, and Atmospheric Sciences at Oregon State uni.

“When you reconstruct sea and land surface temperatures from the peak of the last Ice Age 21,000 years ago – which is referred to as the Last Glacial Maximum – and compare it with climate model simulations of that period, you get a much different picture.

Doomsday’ers seem to only look at modern times. The Earth has had a much bigger history.

I watch
Two parallels, conforming; an interlude of working parts.
A subliminal paradox; a deliberate encounter,
That manifests into sweaty palms and awkward contortions.
Diminishing the craving; you’re on the platter.
A feeble want; desire.
A magnetic attraction
To blame this hunger on starvation;
To drink my fill of divine.
Slowly begins the ache from faltering nerve confusions.
Rapidly the pulses strike me…
You are my everything.
The fear of humiliation astounds me.
You watch as I tare my gaze from your mouth.
I want to kiss you.
Waiting for your approval, an exchange of pacifications.
The line, the entrance, the pigments that web in your eyes.
Or the others that form from veins as they travel through your skin and
Transmit vinegar in threw your touch.
Leaving me suffused in the remnants of grace;
You smell of wine and I of grapes.

I watch
Two armies, two columns, two surges echoing transmissions and receptions.
In a gallery, hanging from brass fixtures, I’m suspended from a
Mobile of organs and flesh.
Soon I will be an exhibit.
The eerie notion of being trapped inside your own head,
Being pricked by a pin while under the impression that it is a sword.
I embrace the illusion that
You are nothing but a statue that I’ve brought to life.
Replay the destruction for the ones left alive,
I don’t want to look with my own eyes;
I can’t refuse you.
I won’t lose you;
I want to taste you,
Waste you.
I want to peel you
Whole.

"The fear of humiliation astounds me" — superbly poetic!

On defense spending, former Massachusetts Gov. Romney said nearly $1 trillion in cuts are on the horizon for the Pentagon over the next decade, noting that is the same as the costs for the nation’s new health care law. He blamed Obama for that, adding, “We need to protect America and protect our troops and our military and stop the idea of Obamacare.”

I’m thinking the Obamacare idea is much better than spending billions on the military. 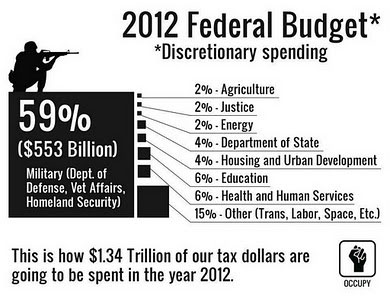