Susan G. Komen for the Cure - They Knew the Backlash was Coming

For years, anti-abortion groups have been after Komen to drop Planned Parenthood because it provides abortions. In our view, there is a clear separation between the breast cancer screening done by Planned Parenthood and its other work. Abortions, it should be noted, represent a mere 3 percent of all services offered.

But we know that many in the anti-abortion community see it differently, and Komen surely knew this and was aware of how a decision to sever ties with Planned Parenthood would be perceived.

We have sympathy for Komen. The foundation is in a painfully unenviable position, desperately trying to find a middle ground.

But Komen lost its footing here, making a loaded decision that leaves the strong impression it is siding with, or at least caving to, the demands of anti-abortion forces. The reaction speaks for itself.

Creationism Might Not Get on the Science Curriculum in Indiana

Earlier this week, we reported on efforts by an Indiana state legislator who was interested in getting creationism inserted into the state’s science classrooms. He managed to get a modified bill, one that was less sectarian but still overtly promoted religion, passed by the state’s Senate. Yesterday, however, the leader of the Indiana House voiced unease about having the state wade into an area that the Supreme Court has declared an unconstitutional promotion of religion.

How to Tweet (if you want people to read it)

A lot can be said in 140 characters but, according to new research, a quarter of people aren’t paying attention to most of it. At least that is what researchers at Carnegie Mellon University, MIT and Georgia Institute of Technology found in a study that examined whether people liked or disliked the 200 million tweets that are sent each day. According to the researchers, a quarter of tweets are rated as not worth reading.

“If we understood what is worth reading and why, we might design better tools for presenting and filtering content, as well as help people understand the expectations of other users,” said Paul AndrÉ, lead author of the study.

According to my research 90% of the tweets I’ve encountered could’ve been sent right to the trash. They’re garbage, as in spam or 1000s of retweets of the same damn thing.

With regards to the “good” tweets, part of Twitter’s problem (other social media as well) is that there’s just too much. The “streams” turn into the “fire hose” almost immediately. Twitter in particular gets heavily hosed on both ends - a barrage of tweets coming in and a barrage going out. And there’s not effective functionality built in for categorizing and/or browsing other than chronologically.

Keep it to yourself — According to the research, tweets involving personal and uninteresting details were frequently disliked. […]

I always need to ask myself, “Am I writing for you or me?” Most times I don’t write anything in the hopes others will like or favorite it. I do it because I have something in my head that needs to come out.

In particular, check-ins such as Foursquare were highly disliked.

I like most of the Foursquare check-ins that I see simply because it’s interesting to me what places my friends are going to. However, I also need to be mindful of Facebook’s latest oversharing plaque as it relates to my online activities.

At the end of the day though, Twitter has built this incredible communication service but it’s simply unwieldy to me and probably for them as well. I wouldn’t want the headache of managing the machine gun fire of data they process each second. 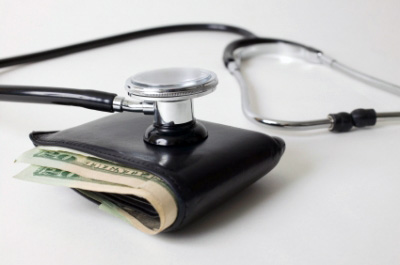 The End of Health Insurance Companies

It’s an opinion piece but I say good riddance.

The Key Was Bamboo Window Blinds

Wheel of Fortune - powered by margaritas

The 65-year-old, who has hosted Wheel of Fortune since 1981, says he and right-hand woman Vanna White used to go to a local Mexican restaurant in Burbank during their two-and-a-half hour dinner breaks. That break gave the duo more than enough time to knock a couple margaritas back before the night tapings. “Vanna and I would go across and have two or three or six and then come and do the last shows and have trouble recognizing the alphabet. They’re really great tapes to get a hold of,” Sajak said. “I had a great time. I have no idea if the shows were any good, but no one said anything, so I guess I did OK.”

You Will NOT Escape The Google

Google doesn’t make much money from its Android phones, but chief executive Larry Page recently vowed in an earnings call that that was about to change. […]

The company said users who activate Android phones without signing into a Google account can make phone calls, browse the Web and use pre-installed applications. But they couldn’t use their Gmail, chat functions or download Angry Birds, Pandora or other applications from the Android Marketplace.

But Opsahl said that because Google account holders cannot opt out of the new policy, he fears that the company’s efforts to compile information about users won’t accommodate those who want to separate their personal and professional digital lives. […]

For owners of Android devices, which include about half of the smartphone market, Google’s privacy policy shift will enable the company to track what many users do on the phone and combine that data with what the company knows about them from Google’s Web sites.

Ubuntu: Next Up - Get Rid of the Menus

Ubuntu Wants to Replace Menus with a HUD

Current menu-driven systems, says Ubuntu, require users to read too much, even though they already know what they want to do. They are hard to use from the keyboard (unless you already know an application’s shortcuts) and “force developers to make often arbitrary choices about the menu tree.”

The HUD concept allows users to simply say what they want to do and then do it. Thanks to fuzzy matching and its ability to learn and then prioritize commands you regularly use, this approach should give advanced users an advantage over the menu system.

Who doesn’t like talking to their computer? I bet this would go over real well in the cube farms.

My work is never done

Now that I’m done with sodared.com, it’s time to port the code to tcrbang.com so we can similar functionality over here.

I always got big plans.

What It’s Really Like to Work at Google ~ LockerGnome

Drinking? While working? While you might crack a beer on your desk at 4 p.m. on a Friday, drinking is just part of the job at Google. The software engineer even revealed that “some managers even pressure their teams to drink.” Googlers also celebrate a “TGIF” every Friday, where even more booze flows freely. During these sessions, a New York Times best-selling author might speak, or Lady Gaga might perform, with Googlers filling the cafeterias of multiple buildings to listen and watch. Other times, it’s a very casual happy hour that often lasts late into the evening — all while never leaving the cozy confines of their home away from home. Luckily for these Googlers, the Mountain View campus is now starting to serve meals on weekends. (Hangover brunch, anyone?)

Ignoring the drinking part, family is far more important than a job/career. The latter comes and goes, the former is with you for life.