Do you ever feel like your turn signal is too loud so then you just turn it off? 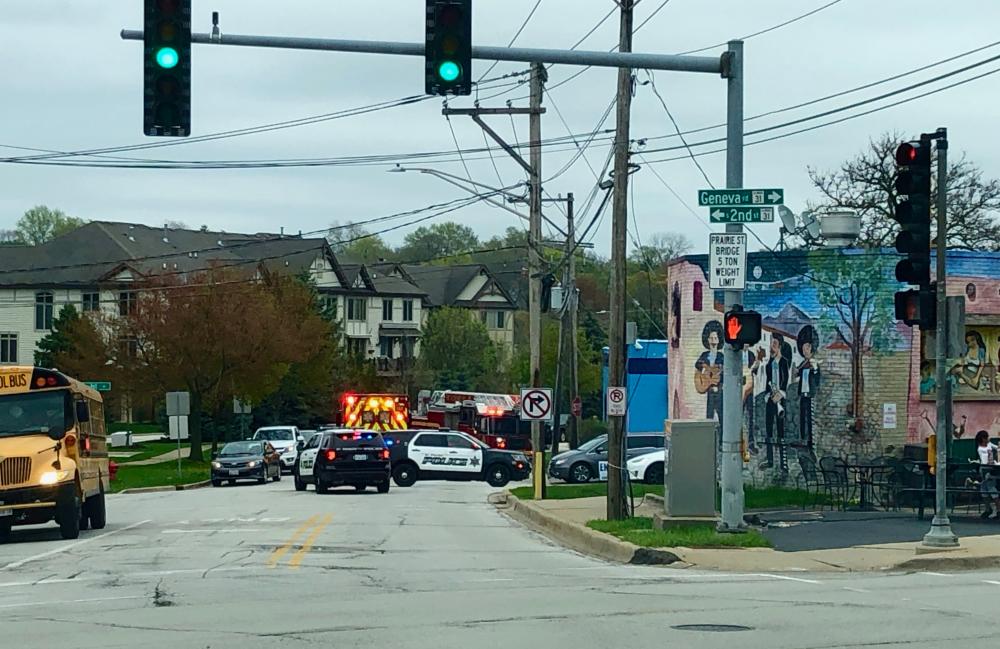 My guess is that Chef Roby of Geneva was up bragging about his latest Food Network show and the local aggressive geese didn’t like it. Maybe Sammy and his mad bikes were involved. I don’t know.

Anyway, avoid crossing the mighty Fox River via Prairie if you got somewhere to be this Wednesday afternoon. 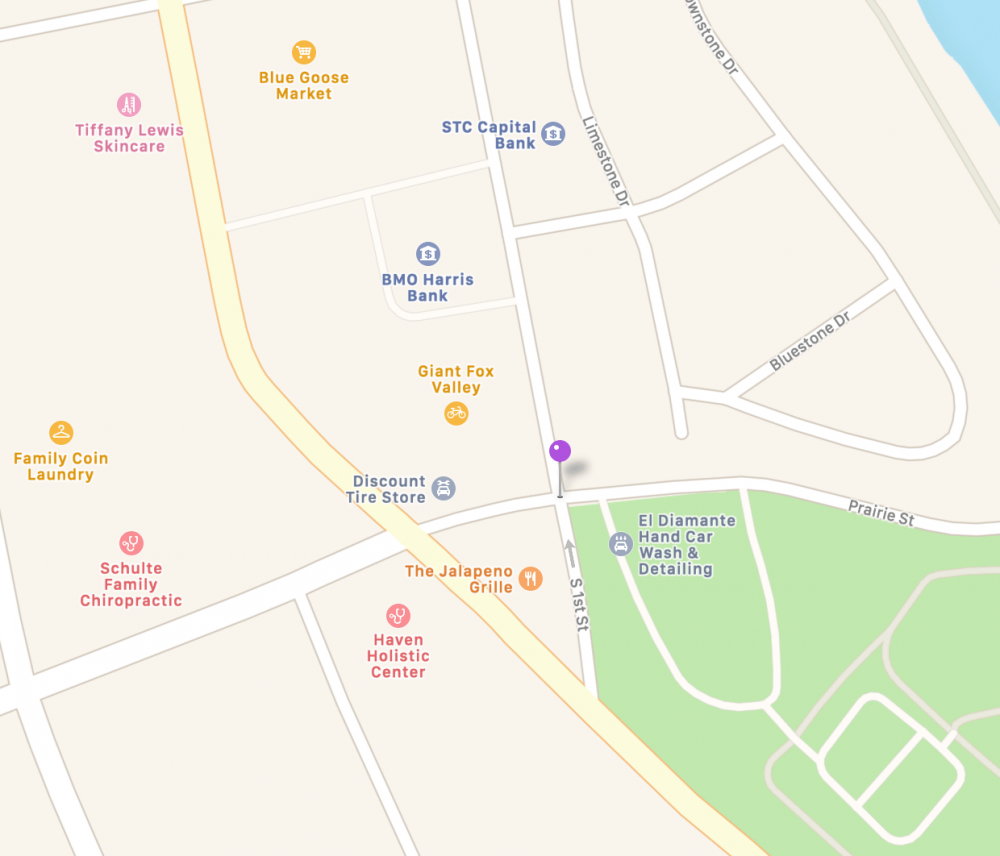 Thanks. I try to stay on topic.

I was there right after. Everyone was fine and outside talking.

Mad from a distance

Yesterday I pulled up behind a silver car waiting at a stoplight. There was another white car to my right, double parked with the blinkers on.

An older, burly dude was walking slowly down the sidewalk, eyeing the parked white car. I assumed it to be his. I also knew there was no way in hell he’d be able to open his driver’s side door. There wasn’t any room with his double park for him to get in.

I started to feel tense. Totally ready for the stoplight to turn green so this whole situation would go away. I like stuff to go away.

“What the hell you park like that for? This is a no win situation.”

Exactly. I don’t know why I sometimes think that another’s feeling is mine to manage. I got enough going on with just me. 😊

I just turned on my left blinker and the windshield wipers start wiping. There was washer fluid everywhere. I barely made my left turn.

This is why I don’t everything.

Traffic at Kirk and 64

I could get around a lot quicker if my stoplights were always green.

Is there somebody I can talk to in traffic control about this?

Maybe a transmitter I can mount to my windshield?

It’s quite likely that the traffic lights in your area do have prioritization for emergency vehicles, meaning the light turns green as they approach. Simplest solution: steal an ambulance. Or a fire truck.

I’ve always wanted an ambulance like they had in Ghostbusters 🚑 👻

I gradually lost sight of her 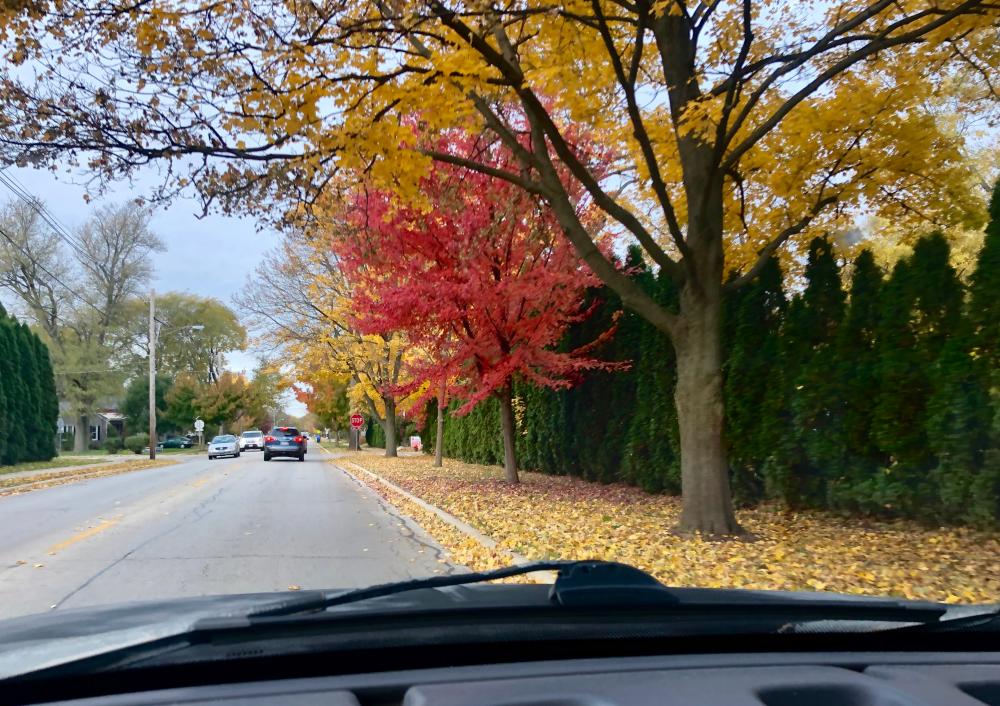 I was driving to work this morning as I do. A black Honda Civic sports car pulled up alongside me, a lady about 10 years older than me behind the wheel. When we got to the next stop light she continued to inch her Honda closer and closer toward the intersection.

I didn’t have my racing gloves with me but that didn’t matter. And then I couldn’t go full balls when the Christmas lights lit up anyway. With the other cars in front of us and all.

So then as we barreled north, she in her black car and me in my black truck, she continued to apply horsepower. As did I. As the traffic would allow.

But then I had thought that wasn’t my own.[1] Here’s this little older in a sports car, probably having the time of her life. Roaring around like Thelma and Louise and then here I am wanting to take that away from her, not even attempting to be my best self.

And then I slowed down.

I just saw a teenage boy riding his bike down the sidewalk, through an intersection, and up onto the other side walk. All the while holding his phone with one hand and never looking up.

In a related prediction: the life expectancy of teenagers will plummet to an all time low.

and somebody’s else’s life will be forever changed with the fact that they killed a child even if it wasn’t their fault.

Was it an orange bike?

More of a dark gray

Haha! No, but I have seen plenty of others with people walking into telephone poles and the like. 😊

For god’s sake people it’s a garbage truck not a hearse. Go around.

You’re out here acting like it’s a funeral procession for trash. 🙄

Just like the government to send out 4 trash inspectors but then ignore my repeated attempts to participate in my neighborhood’s 2018 Street Improvement Project.

Have you tried following the trash inspectors around blasting Iron Maiden? I think that would improve the street immeasurably.

Were you thinking 22 Acacia Avenue or Caught Somewhere in Time? Aces High would be fun, too.

The scene was once again my truck.

I was sitting at a stoplight and a minivan pulled up in the lane next to me.

The wife appeared to be driving and, who I assume to be the husband, was slumped over in the passenger seat. Quite possibly hungover. Renounced pathetic in his silence and downward, saddened gaze.

The engrossing part of this travel tale was that she was scolding him with both hands and all that. Arms flailing. Eyes furious. Teeth gnashing. Murderously chewing his ass upside and down there behind their minivan windows.

This would be a day I would not ever forget if I were him. The guy looked defeated as he sat there frumpily slumped. Acceptive of whatever verbal beating his wife was handing down.

I don’t know if he fucked the dog last night or what, but guys, this dude was in trouble. 😯