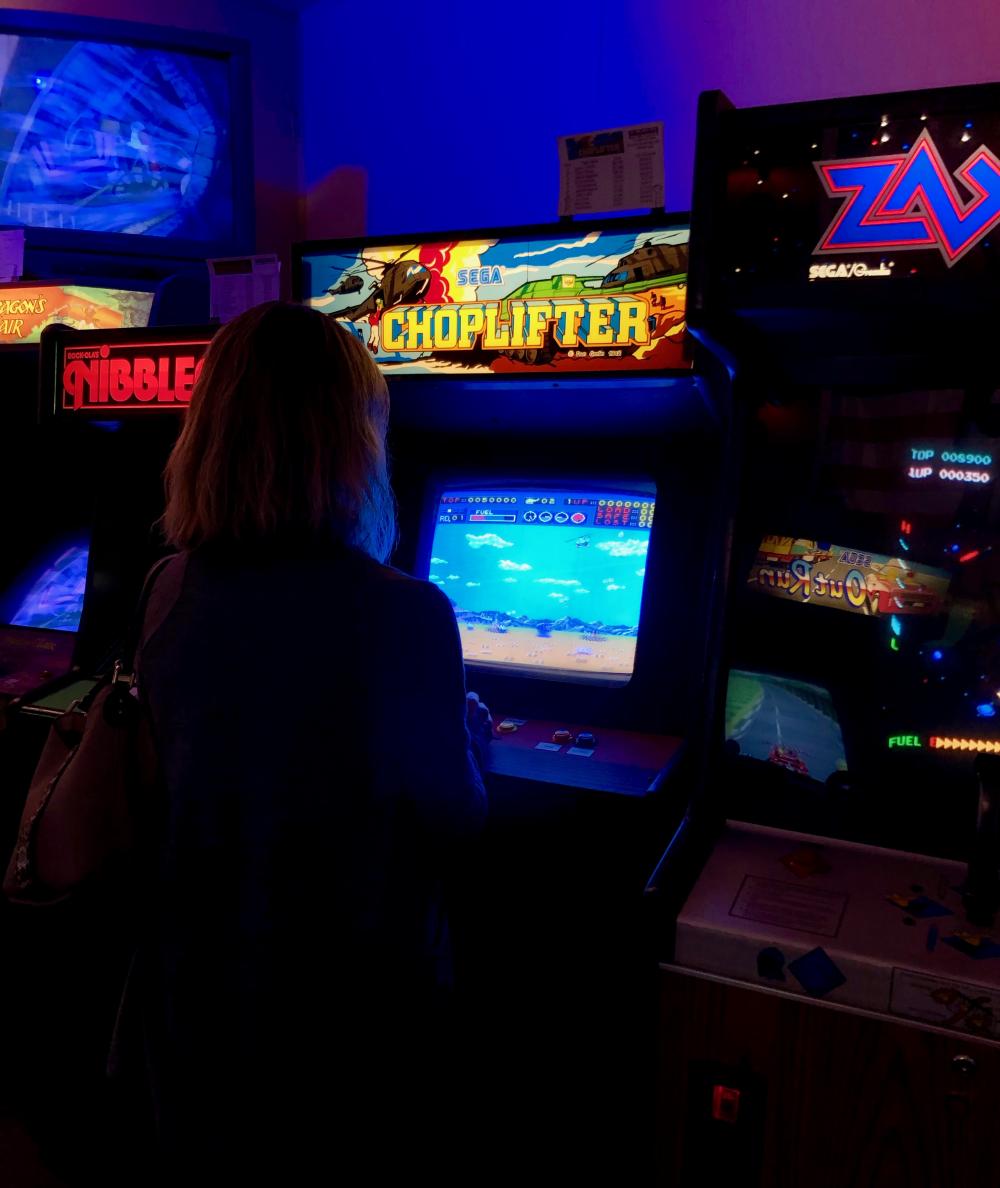 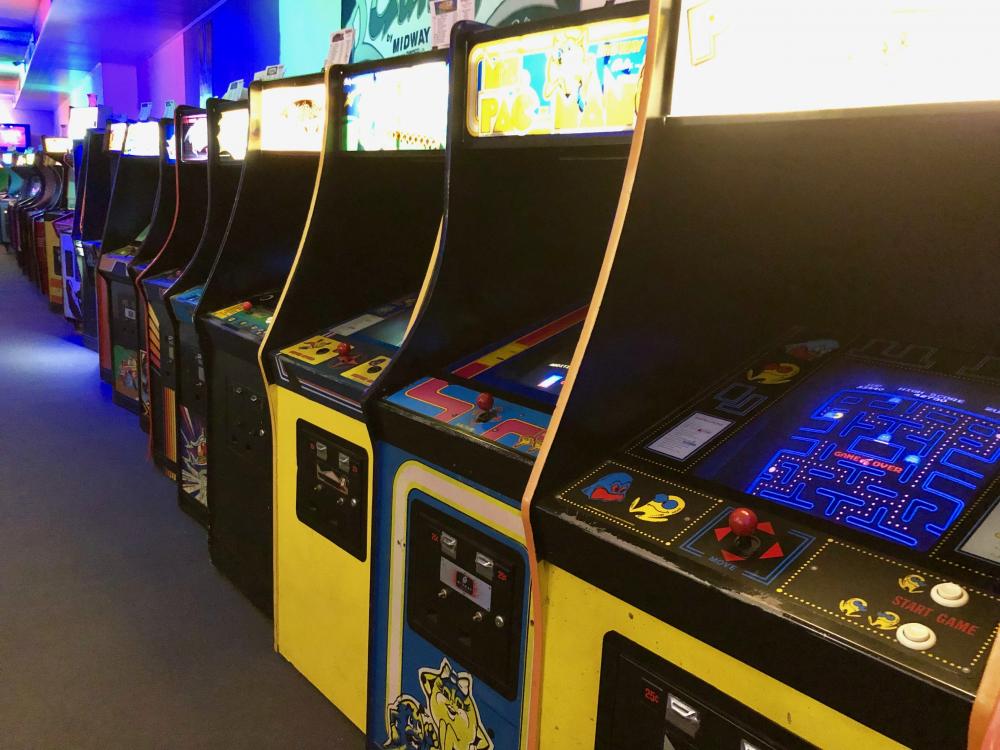 Check it out, peeps: undergroundretrocade.com →

Fallout 76 - A new patch is available

This is stupid. I bought Fallout 76 to play it, not to wait an hour to download and install patches. 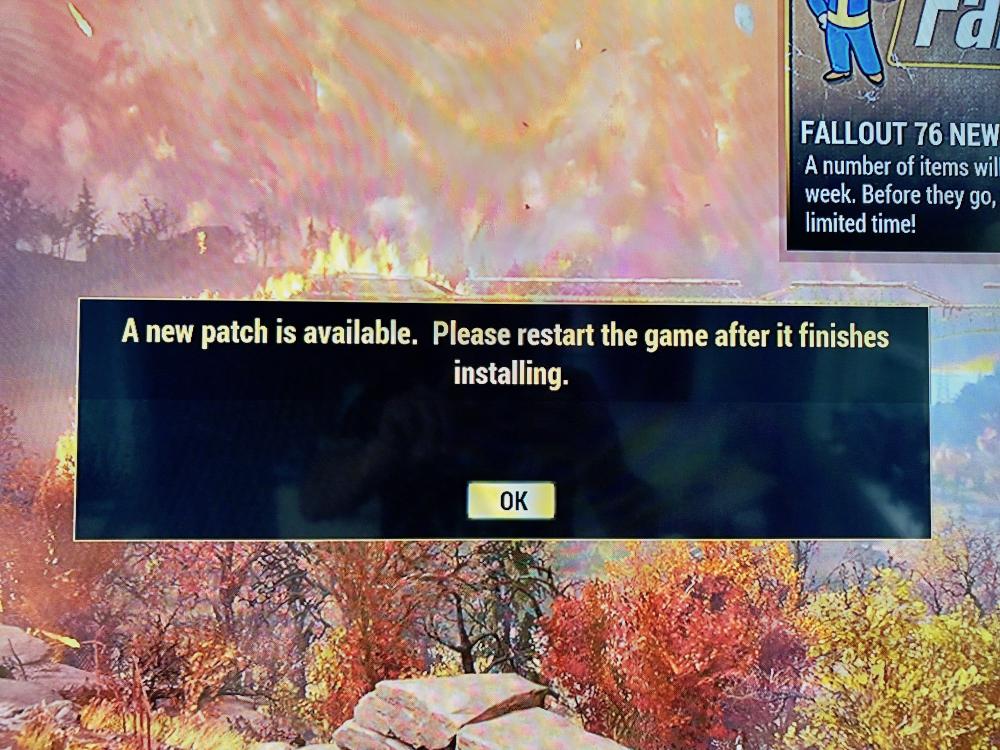 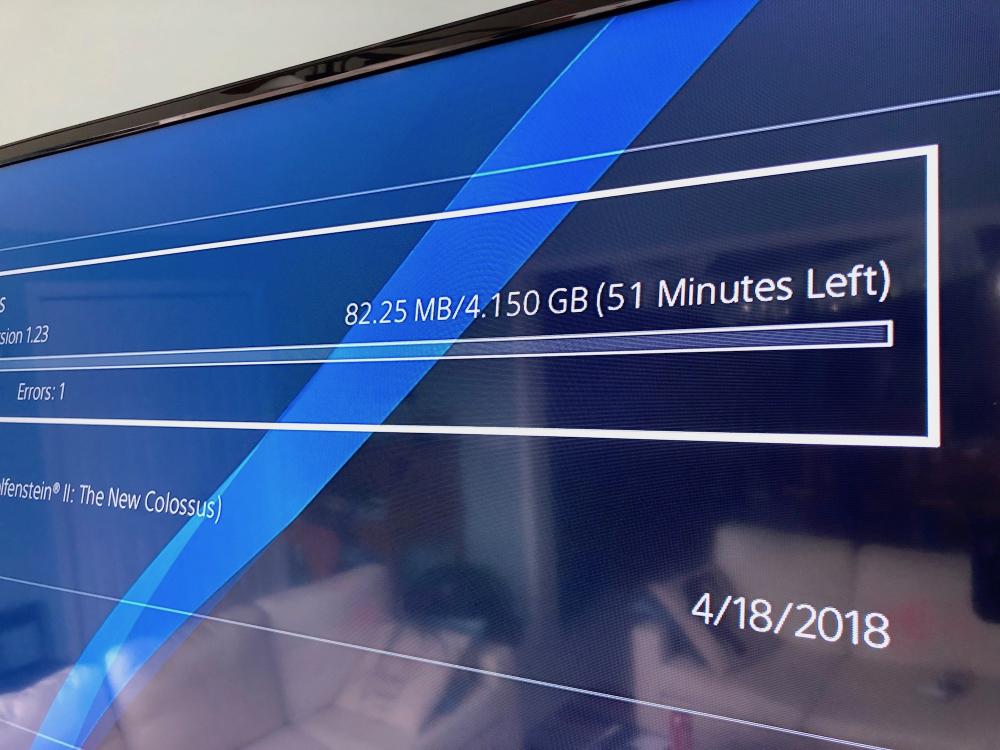 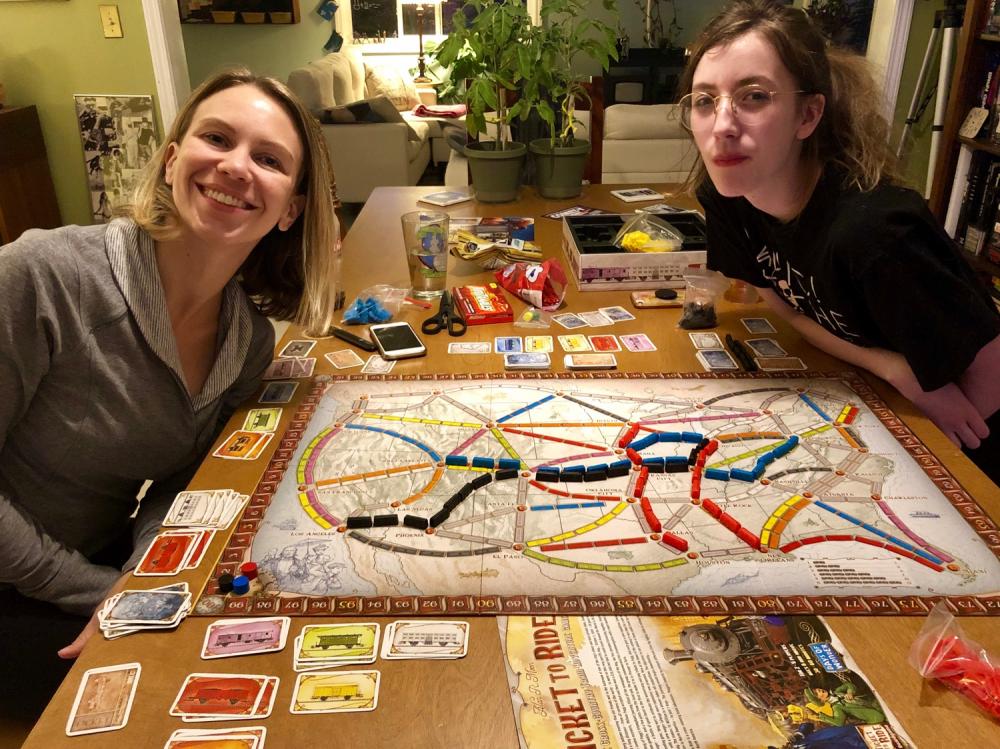 Sara, Maggie, and I playing Ticket to Ride… 🚂🚃💕

What is this game you speak of? 🤔

Ticket to Ride: “a cross-country train adventure where players collect cards of various types of train cars that enable them to claim railway routes connecting cities in various countries around the world.” I like it because it’s pretty low-key.

Maggie and I were watching a documentary earlier on Apollo 8. The Saturn V rocket, the guidance computer and DSKY input, the space sextant — it was all a technological marvel.

And then I remembered when I was 10 or 11 and finally got my highly anticipated NASA Space Shuttle game for my Atari 2600. 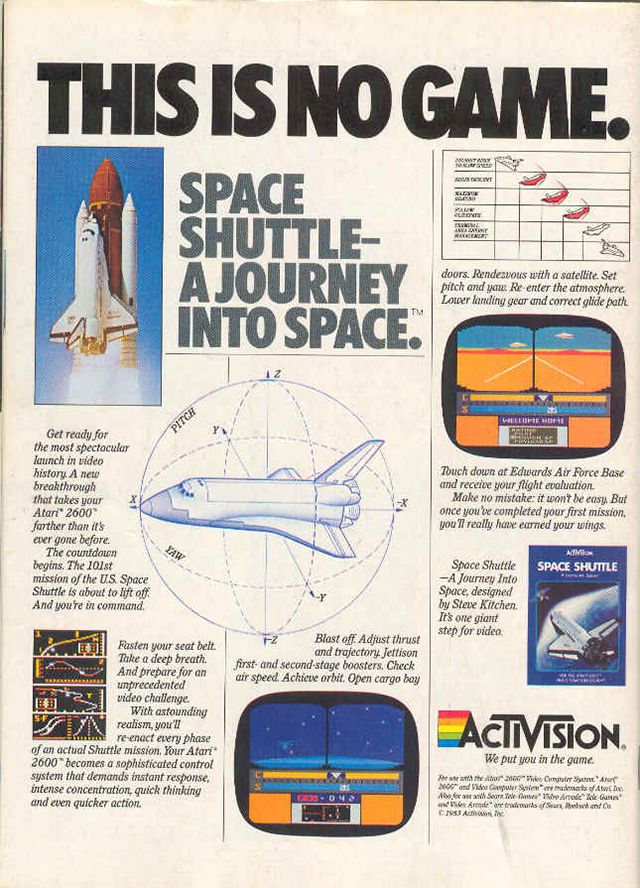 Activision worked with NASA to ensure the accuracy and challenge of Space Shuttle. It is one of the most complicated games ever made for the Atari 2600.

Get the fuck out. One had to successfully launch, pilot the craft into outer space, and then return home. Activision made the best games and I was overly excited to be an 8-bit astronaut.

I played it for about an hour and then never again. Because I didn’t get to shoot any aliens or even get outta the damn cockpit for some moon-walking.

16 points for this UNO 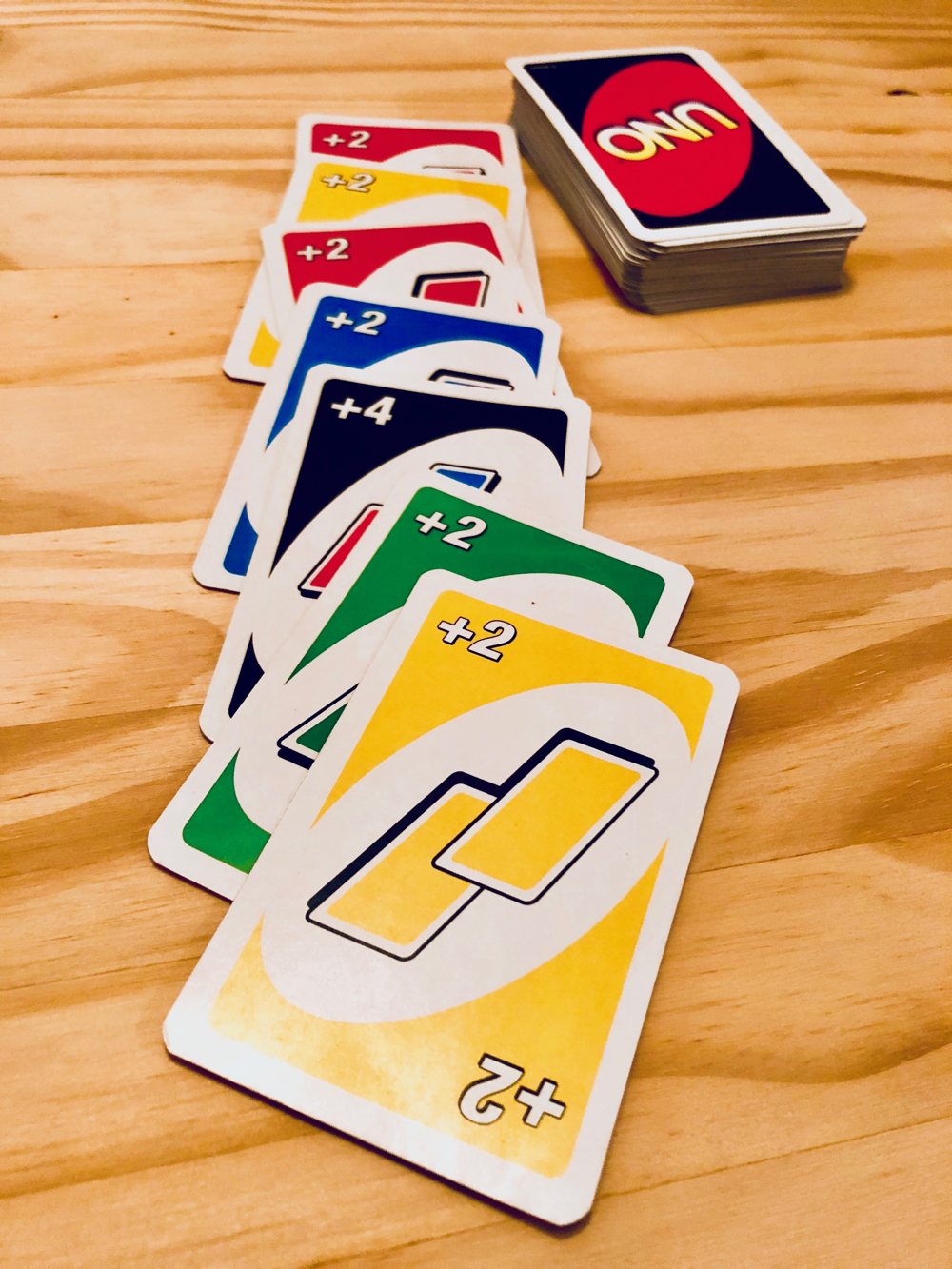 When we play UNO, anybody can play plus cards, even out of turn.

I’d never heard of that until now. Maggie googled it and it sounds delightfully sinister! 😈

it can go on forever just be aware.

I could see that happening!

Try Dos. We are Uno fanatics here but this may be even preferred.
http://www.mattelgames.com/en-us/cards/dos 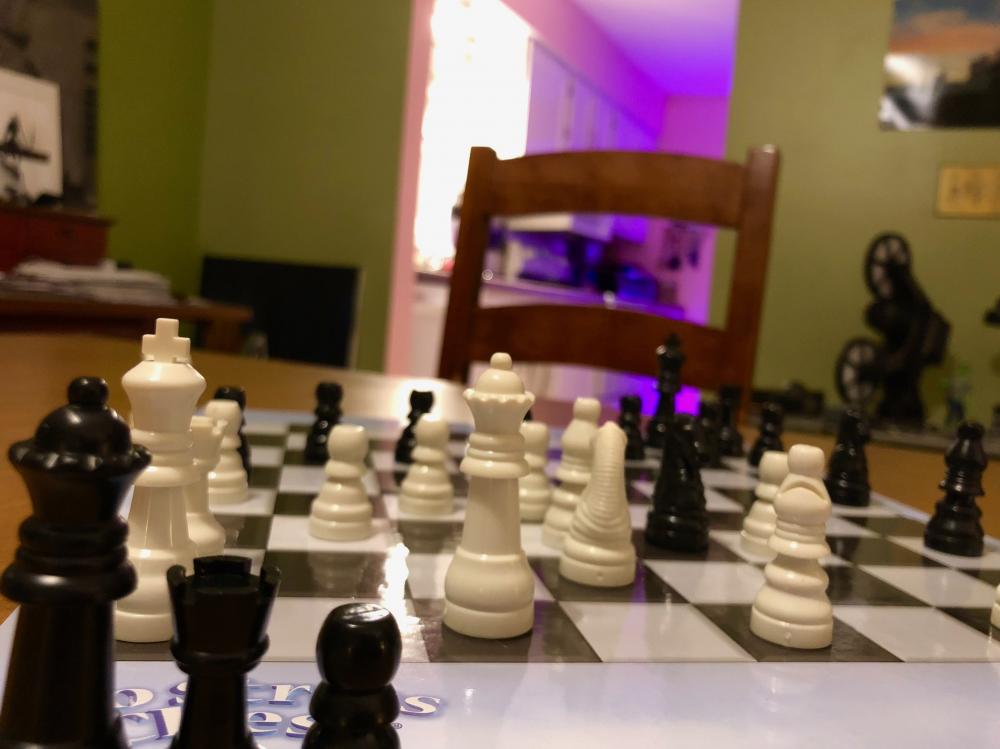 Maggie is white and has my queen… 😳 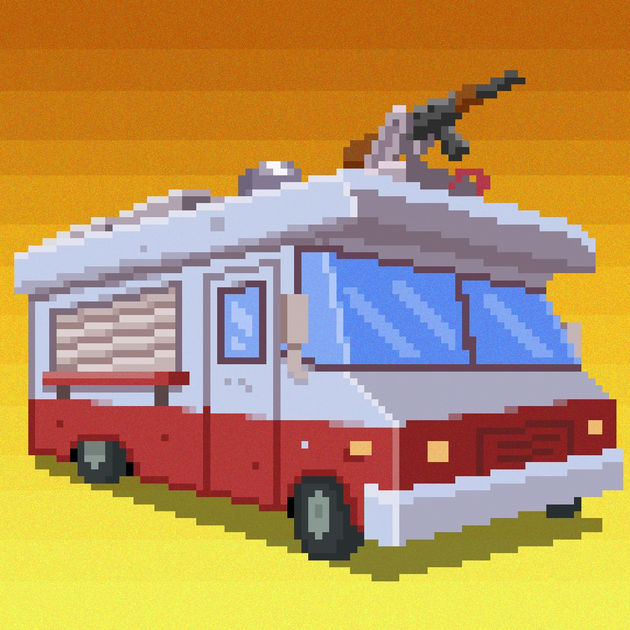 For 6 tickets you can get 20 salsa, cheese, onions, and cilantro any time you like! No more excuses for dying on the highway because you ran out of salsa.

20 salsa for 6 tickets is pretty good.

Ya, if Facebook would allow me to style posts even in the teeniest bit I could make them so much more.

I stand by my request for subscription salsa.

I really have a hard time with le salsa and the minimum 15.5oz that are the norm around here.

I need 7oz jars. We can’t eat 15.5oz before it goes bad. Sure, it might still be good but after it’s in the fridge for a couple of weeks I’m all done with it. And then it just sits in said fridge with crusty threads under the lid.

I totally get that about a couple of weeks and crustiness, and I support the idea of 7oz jars, if only so I can have a wider variety of low-commitment salsa styles.

See. Just imagine all various salsas one could try if they came in smaller does on subscription.

It’s just after 8am on a Saturday morning. The sun is shining, the coffee has been brewed. Maggie is with her mom.

I think that means I’m supposed to play video games in my underwear until noon.

So long boot, wheelbarrow, and thimble 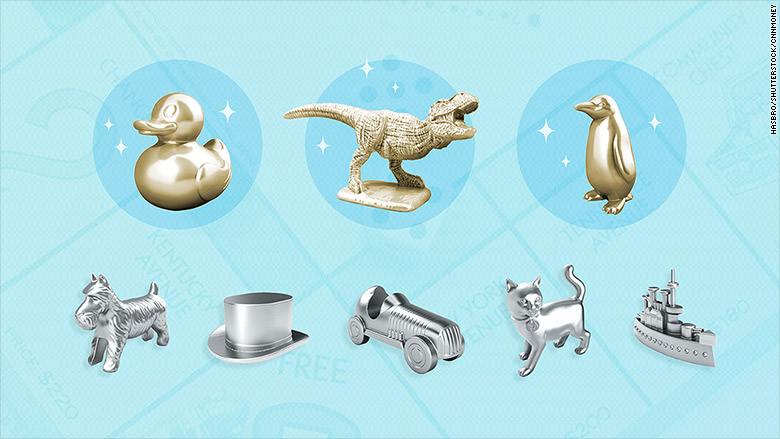 There’s been a big shakeup in Monopoly’s eight classic game pieces. Say goodbye to the boot, wheelbarrow and thimble tokens.

The ouster of the classic trio is the result of an online vote Monopoly parent Hasbro (HAS) held in January at VoteMonopoly.com, marking the first time in Monopoly’s 82-year history that Hasbro crowdsourced the future of the game.

Voters were faced with a choice: Should Hasbro replace some — or all — of the traditional game pieces like the top hat and boot with more culturally relevant items like a hashtag, emoji or computer?

More than 4.3 million votes determined the newly configured group of eight: a T-Rex, rubber ducky and penguin will join the five classic tokens Scottie the dog, hat, car, cat and battleship. The boot, wheelbarrow and thimble won’t appear in the game starting this fall.

The boot was my favorite 😢 and I would go for the wheelbarrow after the hat. 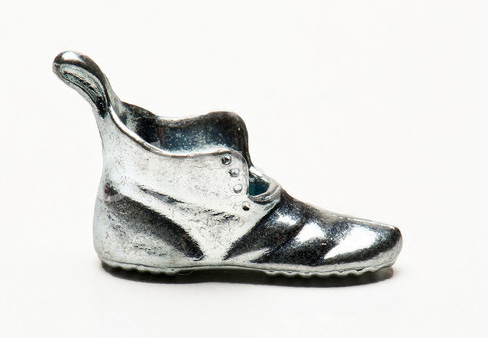 I liked the dog.

I don’t know if I’m supposed to play video games. For three hours straight. As a 44 year old adult. But I just did. 🤔