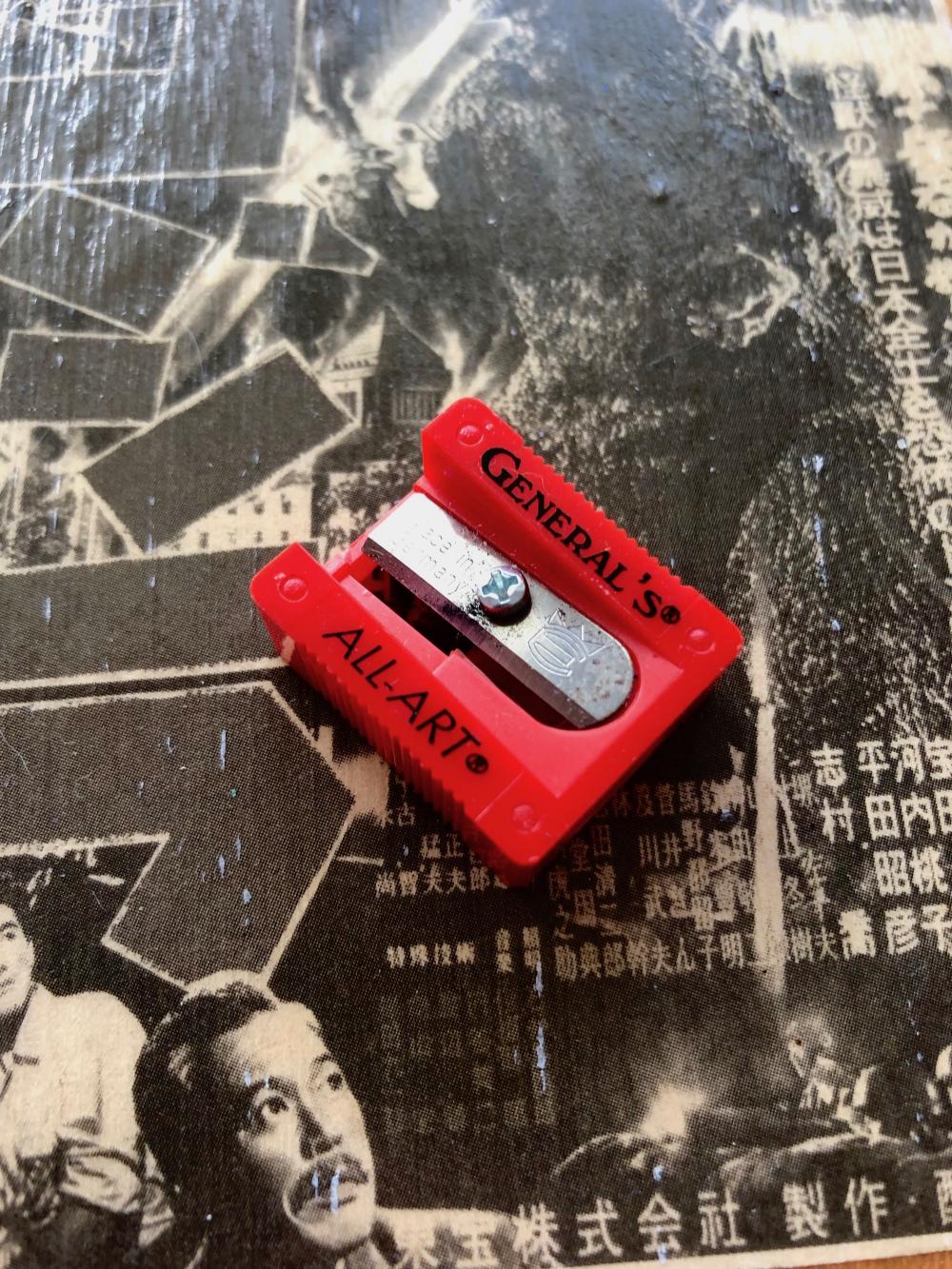 No wonder it’s taking you so long to pack! 😂

Yes. Because believe it or not…I find myself lacking a pencil sharpener at the weirdest times.

The real question for me would be - why not

The answer came to me through Stella. The answer, of course, is of course.

I think you need to return it to the rightful owner, the General. Come on, do the right thing.

Sara and I were milling around the ArtBar: LGBT Portraits & ArtBar: Drag Queens & Dragons event. 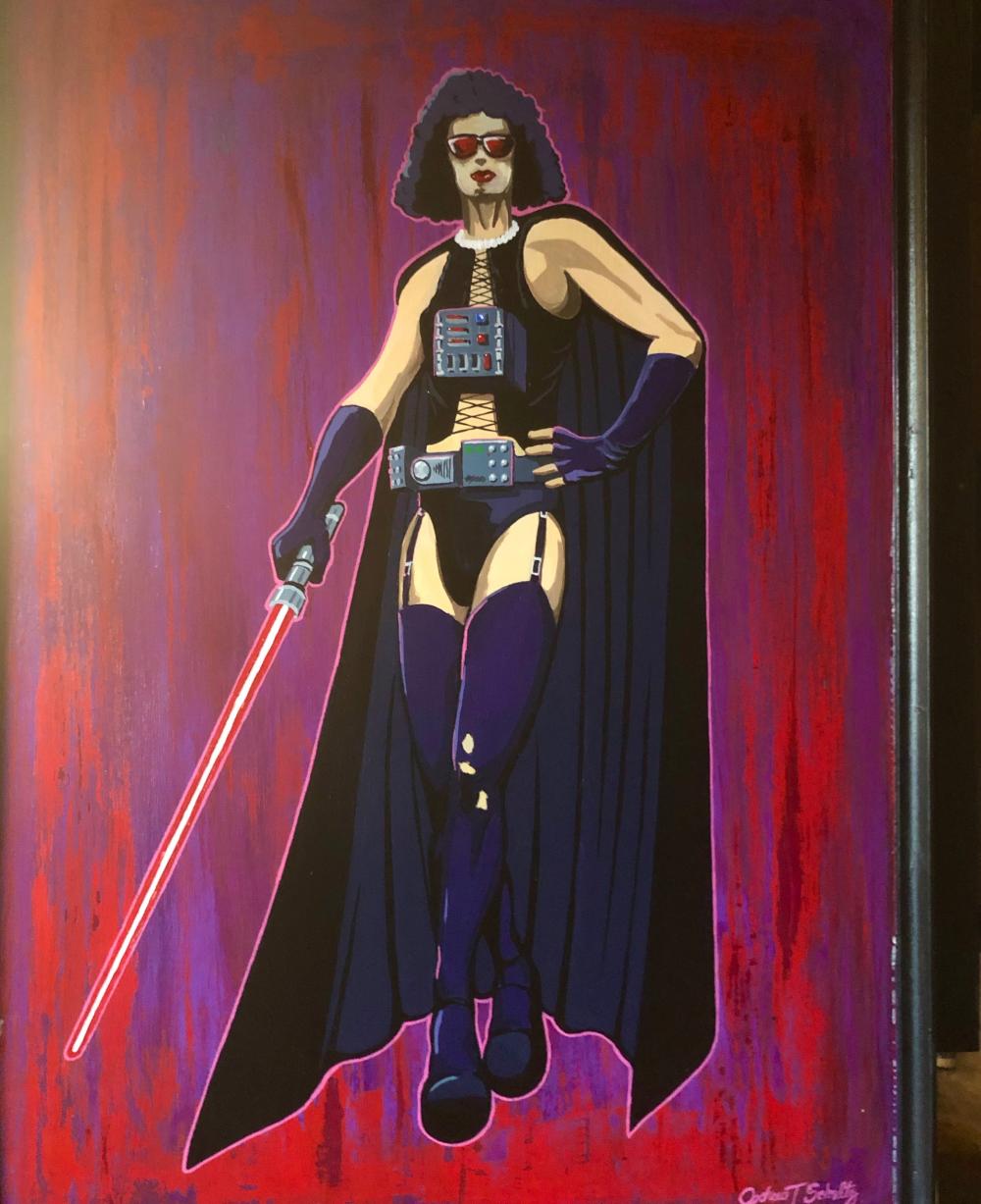 This dude was by far my favorite ❤️🖤❤️

Maggie at the top of the staircase 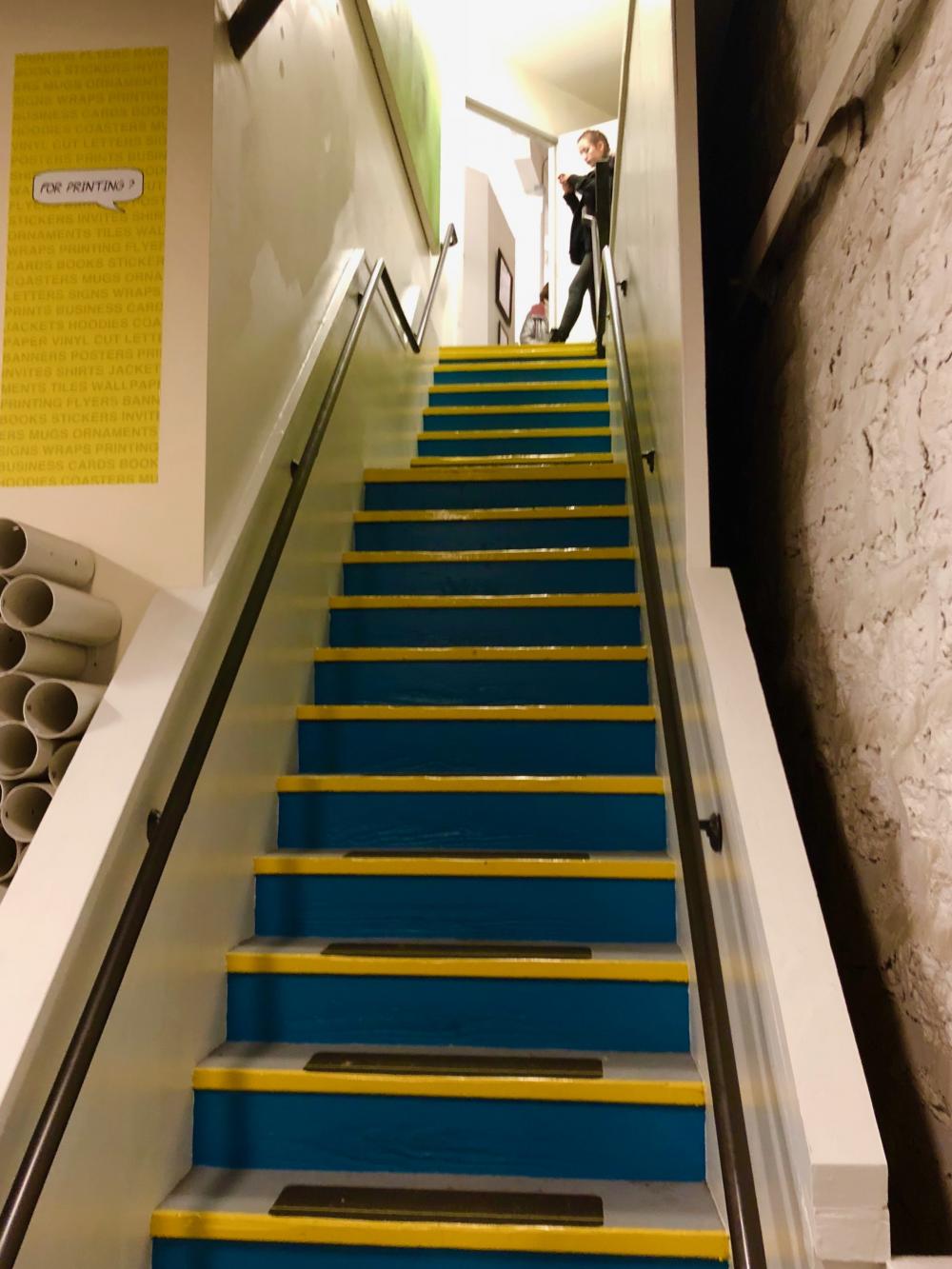 Sara, Maggie, and I were at Water Street Studios for their Gallery Opening Reception: “In the Marvelous Real” & “Innocent Dawn” 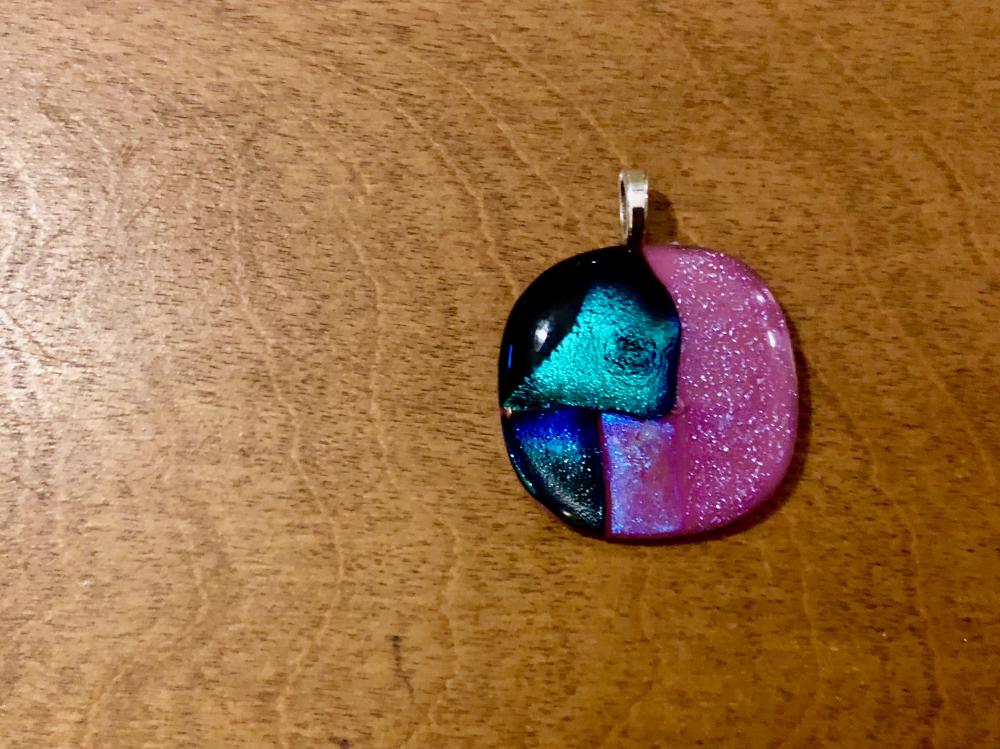 She made this a while back in Girls Scouts and I love it. It’s got the allure of an old cosmic soul. 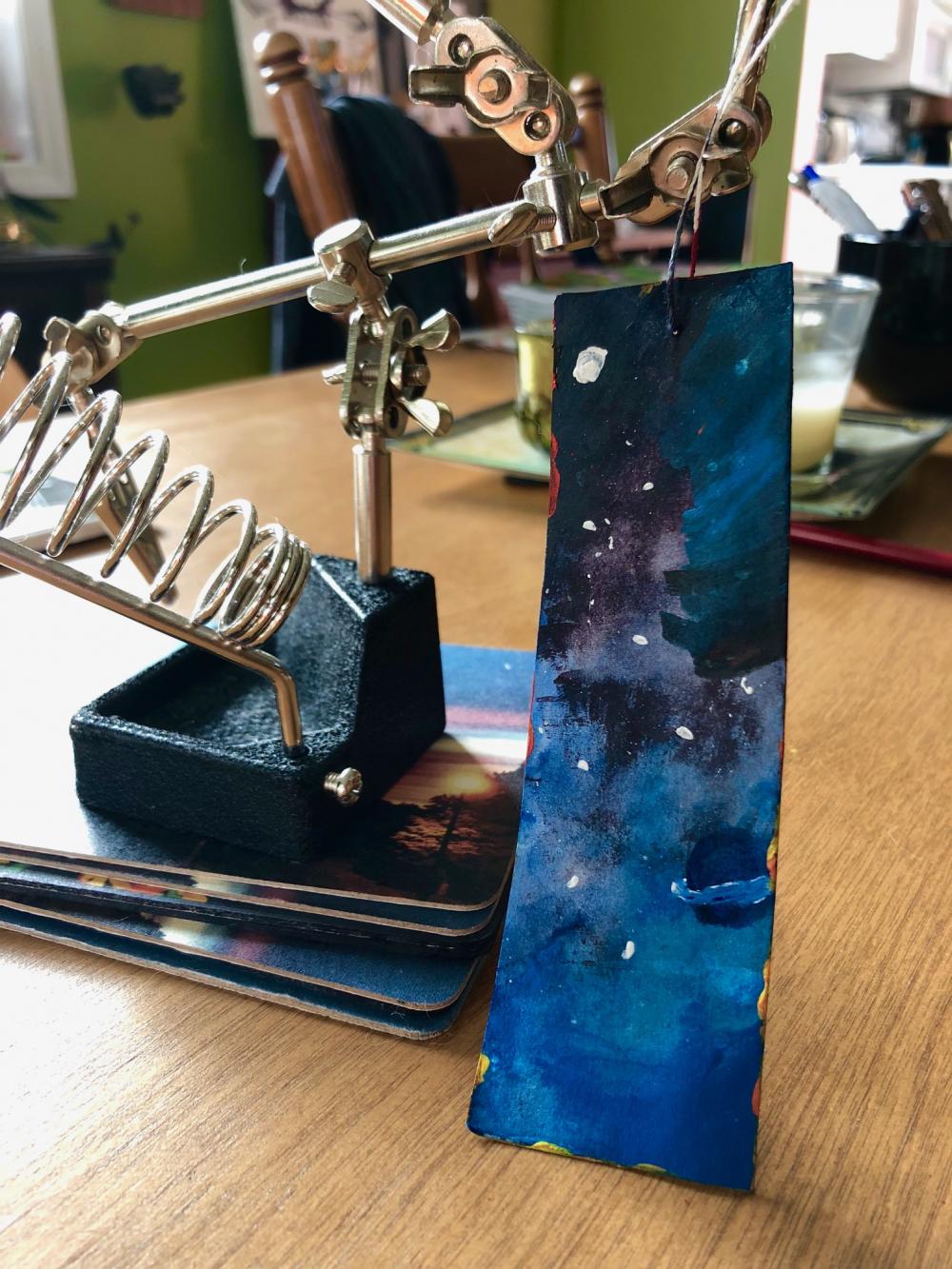 Is that a picture of the sky with star lights?

Not sure, but I assume so 😊

What is the machine with the coil?

It’s a little contraption to hold a soldering gun 🤓

Put me in mind of Vincent.

The painting, not the contraption.

I think I’m gonna blow the painting up to about 3’ and hang it on the wall.

Kind of neat but different. I know it tells a story

You have the same color walls we do!

Green is a great color for the dining room! 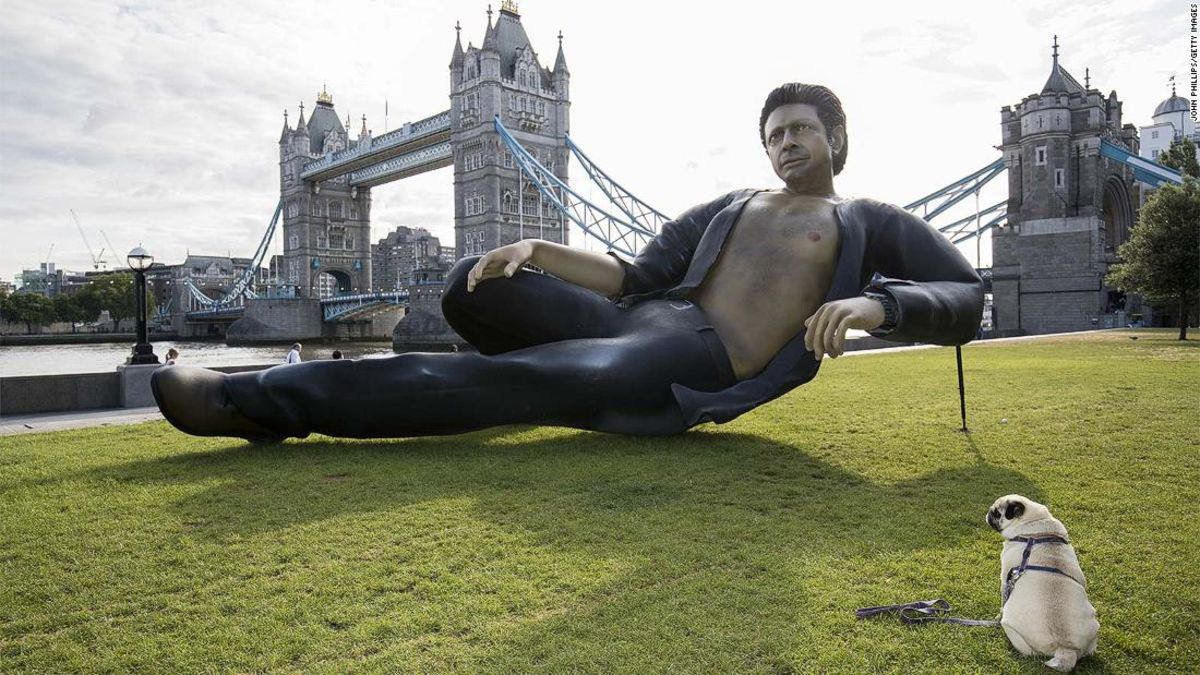 (CNN) — Twenty-five years ago, “Jurassic Park” brought velociraptors to a new generation — and broke a few box office records in the meantime.

It also had the unlikely benefit of turning Jeff Goldblum, who played Dr. Ian Malcolm in the film, into a sex symbol.

Now, to commemorate both of those events, a 25-foot, 330-pound statue of Goldblum in character as Dr. Malcolm — more specifically, as a reclining, open-shirted Dr. Malcolm — has appeared in London next to the famous Tower Bridge.

The statue will be on display through July 26, giving Jeff-loving Instagrammers plenty of time to visit when they travel there.

If only I were in London.

That’s so weird! I was just sitting there last week and Jeff was not there.

Art at the Gaard: The Shark Show

This is one of my favorite places, peeps — the Beardsgaard Barbers.

Watch their events page on Facebook. You can go hangout with them even if you don’t need a haircut or trim or shave or whatever you’re into. 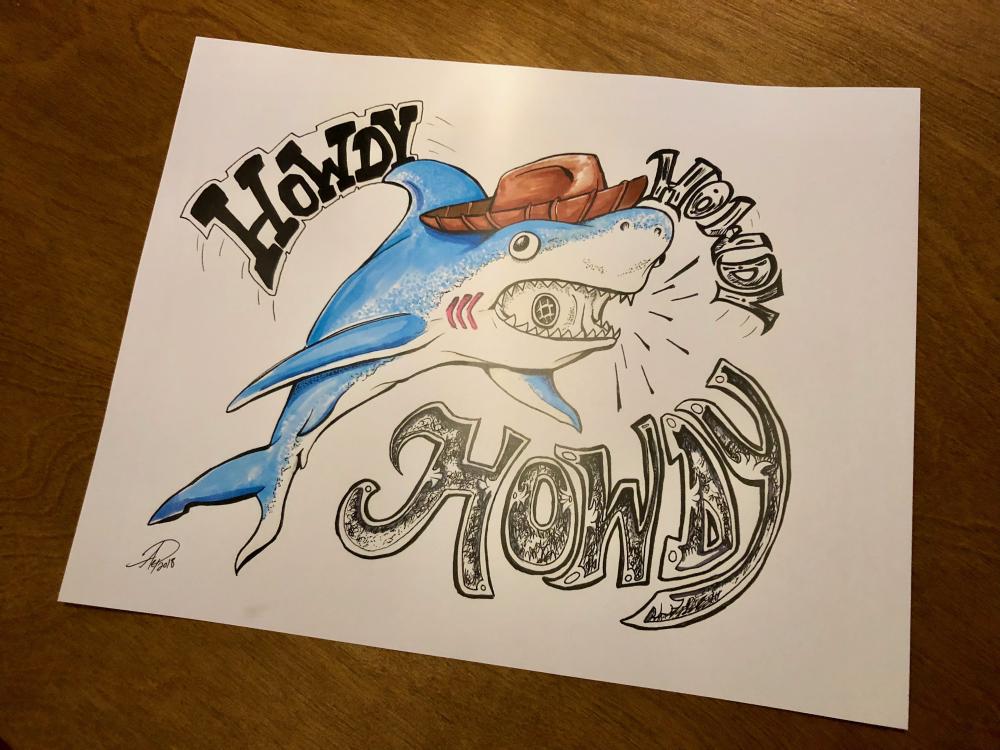 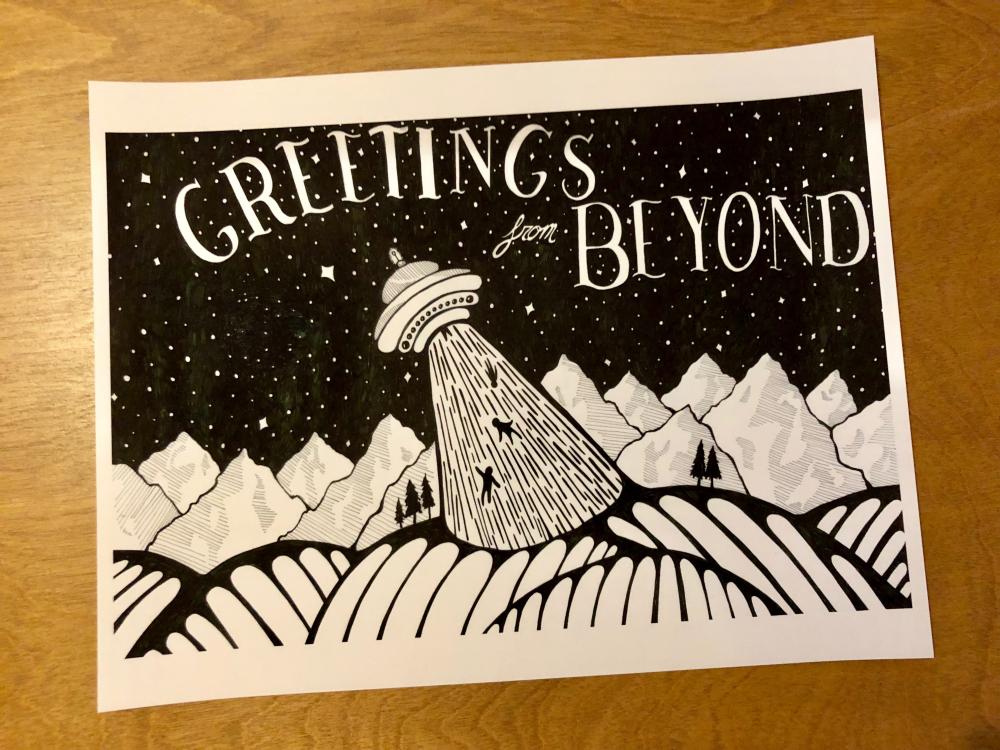 And I got to peek inside their toolboxes. Because that’s where the real story is. 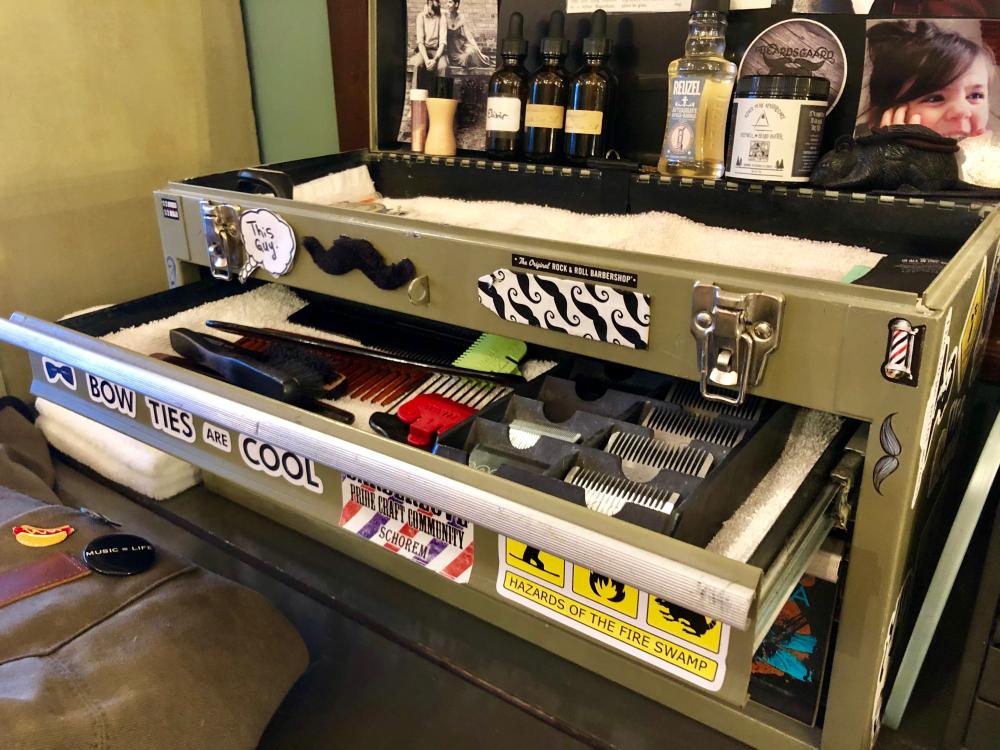 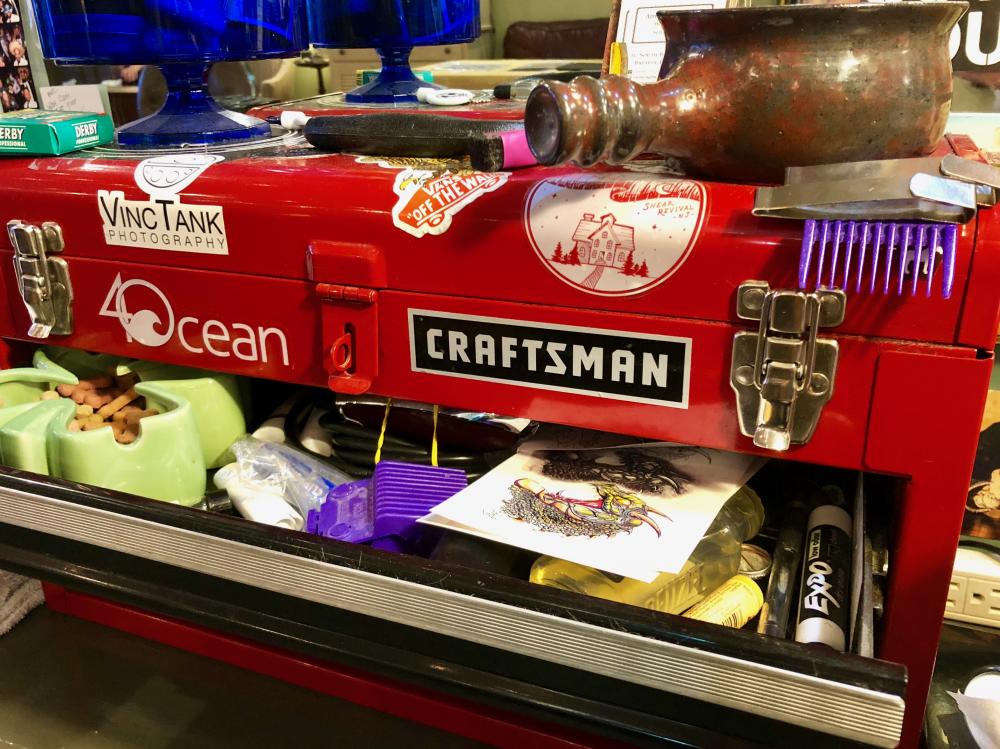 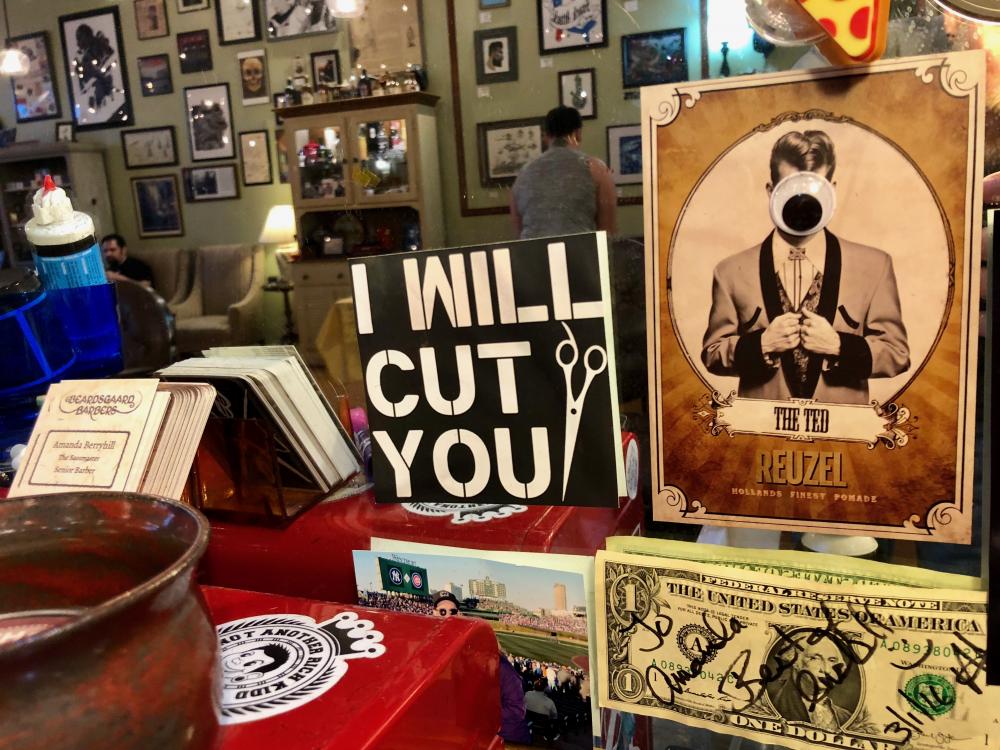 A few more photos from our minor adventure. 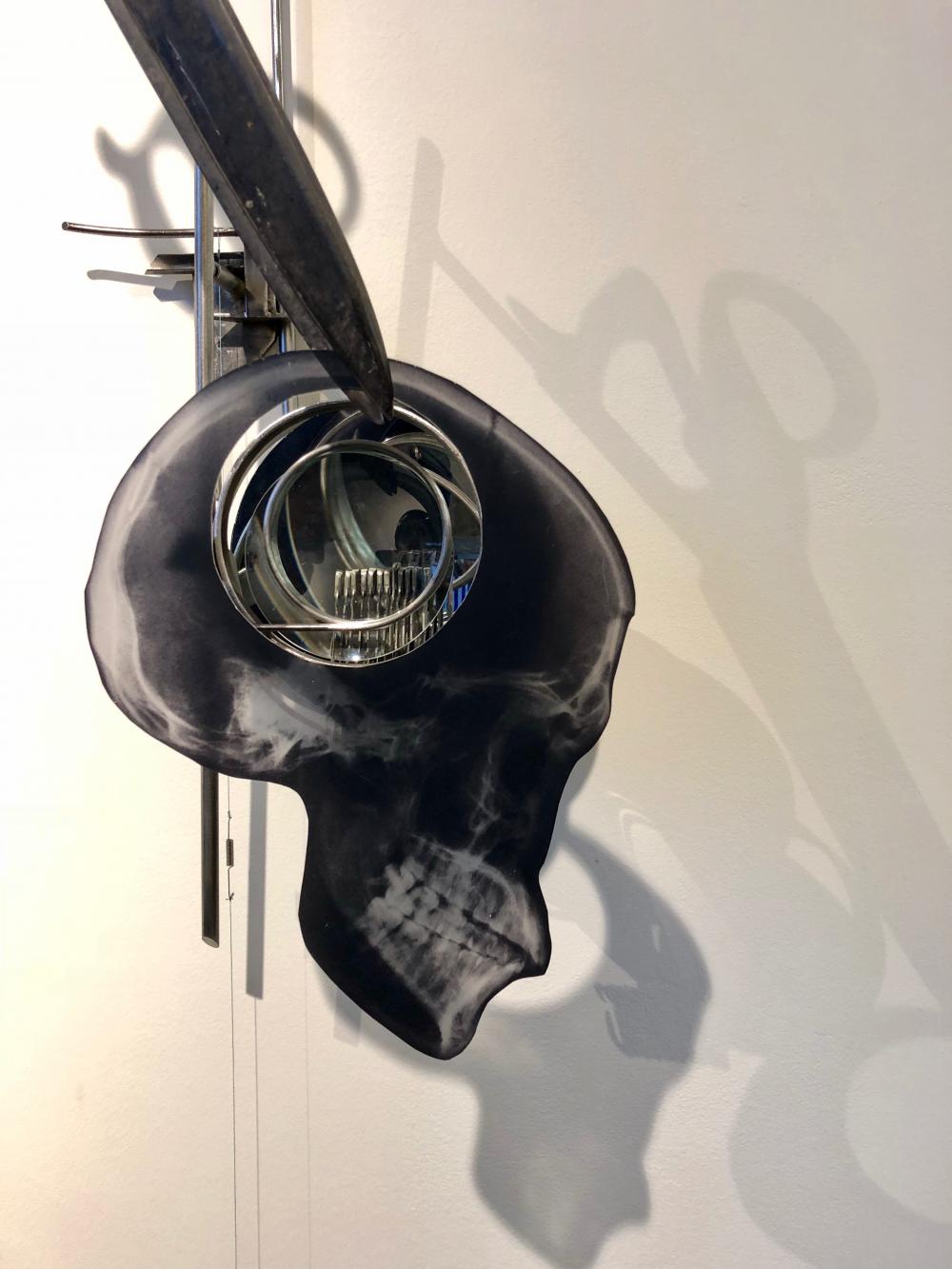 While looking at the skull piece during the reception I offhandedly said, “I like the scissors.”

And then Maggie in her usual wit replied, “You should be an art critic. ‘I like the scissors.’ 🙄” 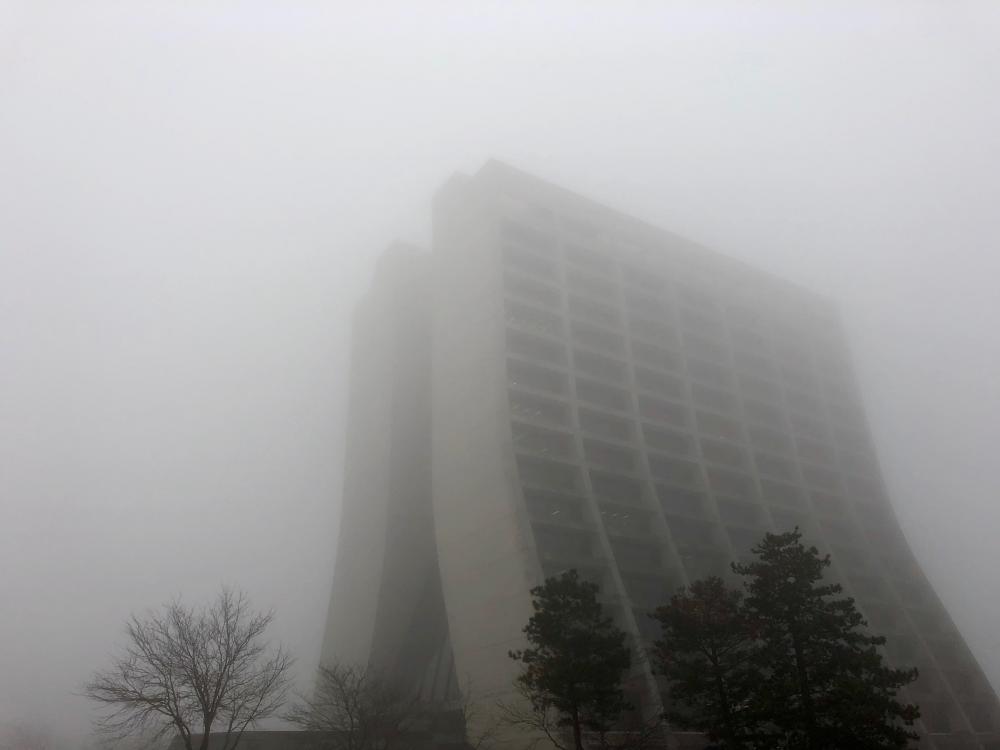 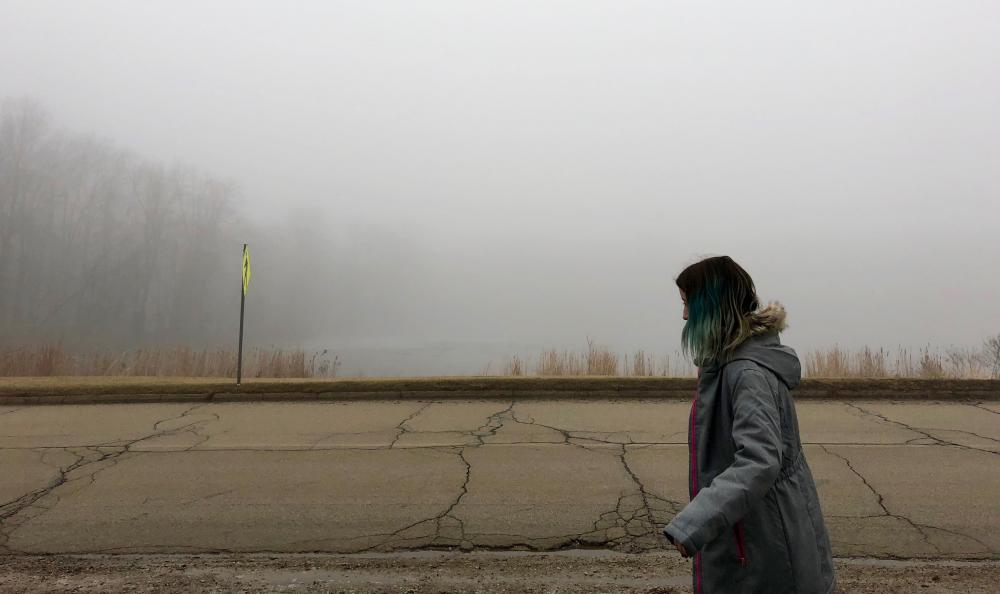 Again with the links: 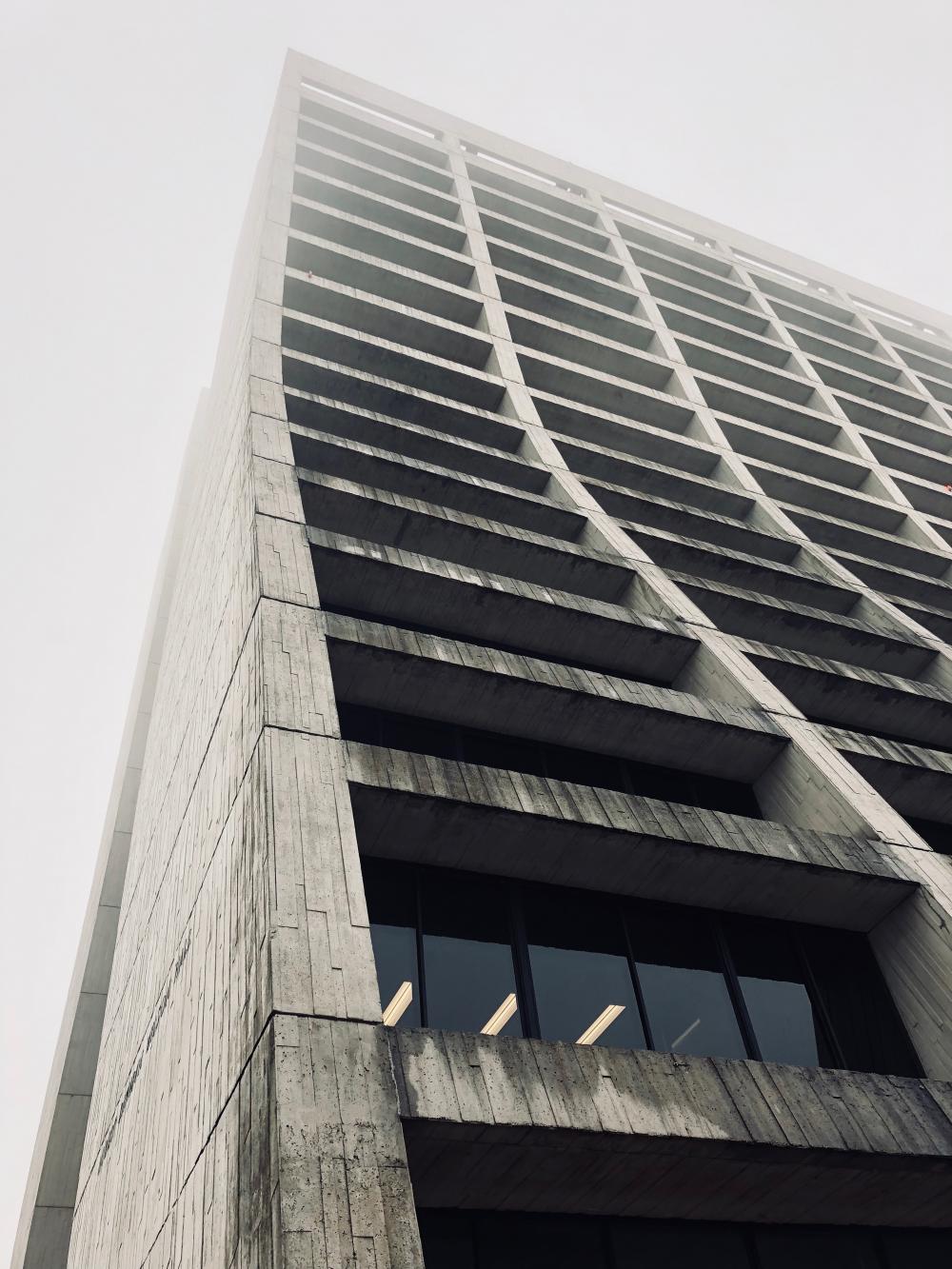 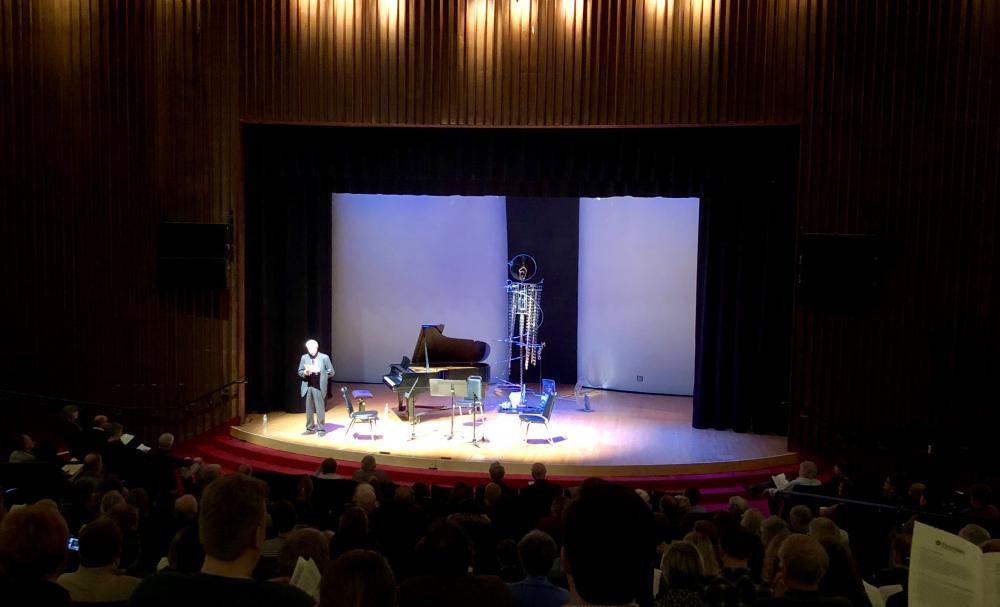 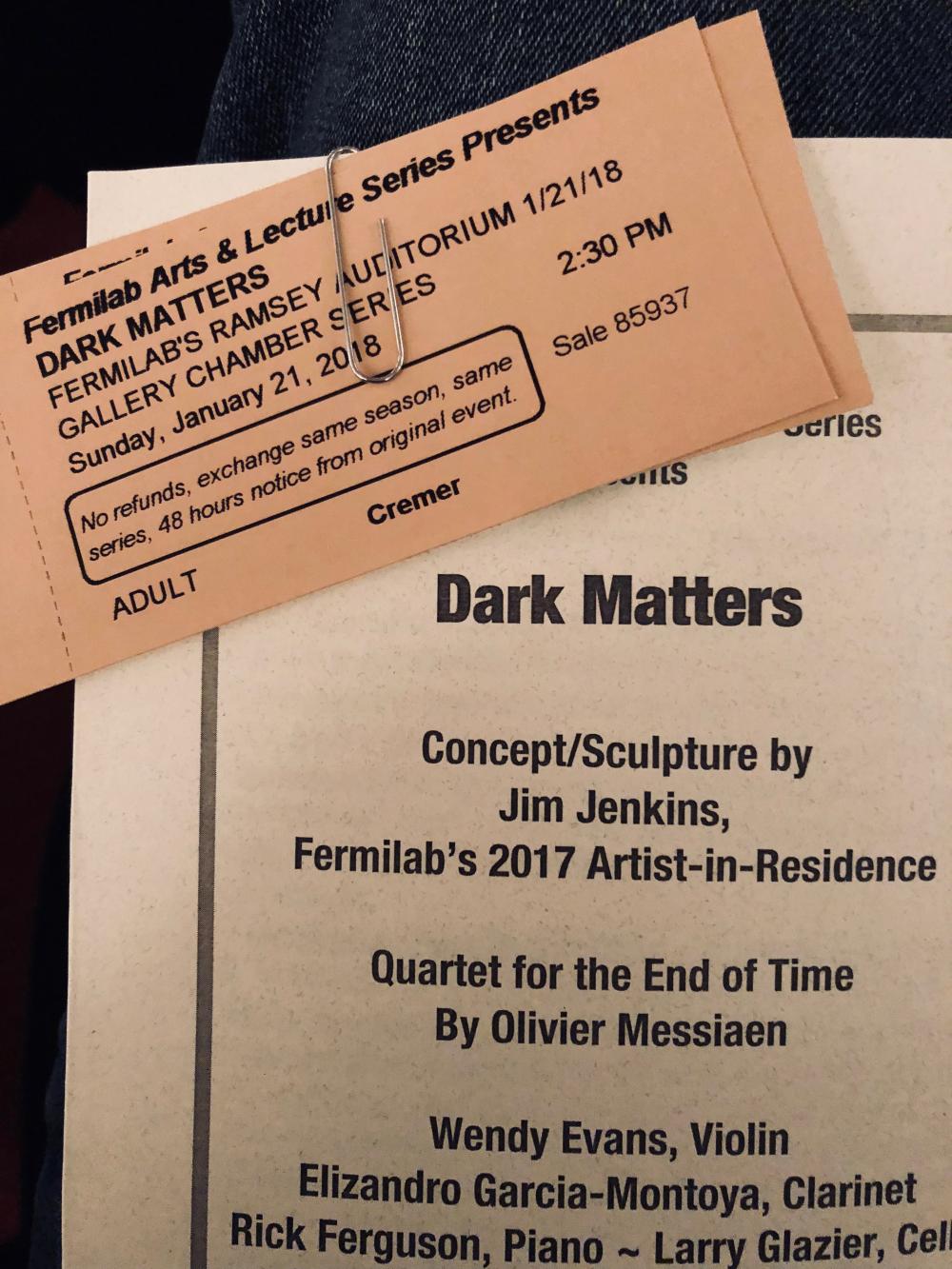 Art, music, and science. Woo-hoo! Maggie and I needed some of this on a Sunday afternoon.

My Academic Decathlon team studied “Quartet for the End of Time” a couple of years ago. An interesting piece.

Naked Trump statues around the country 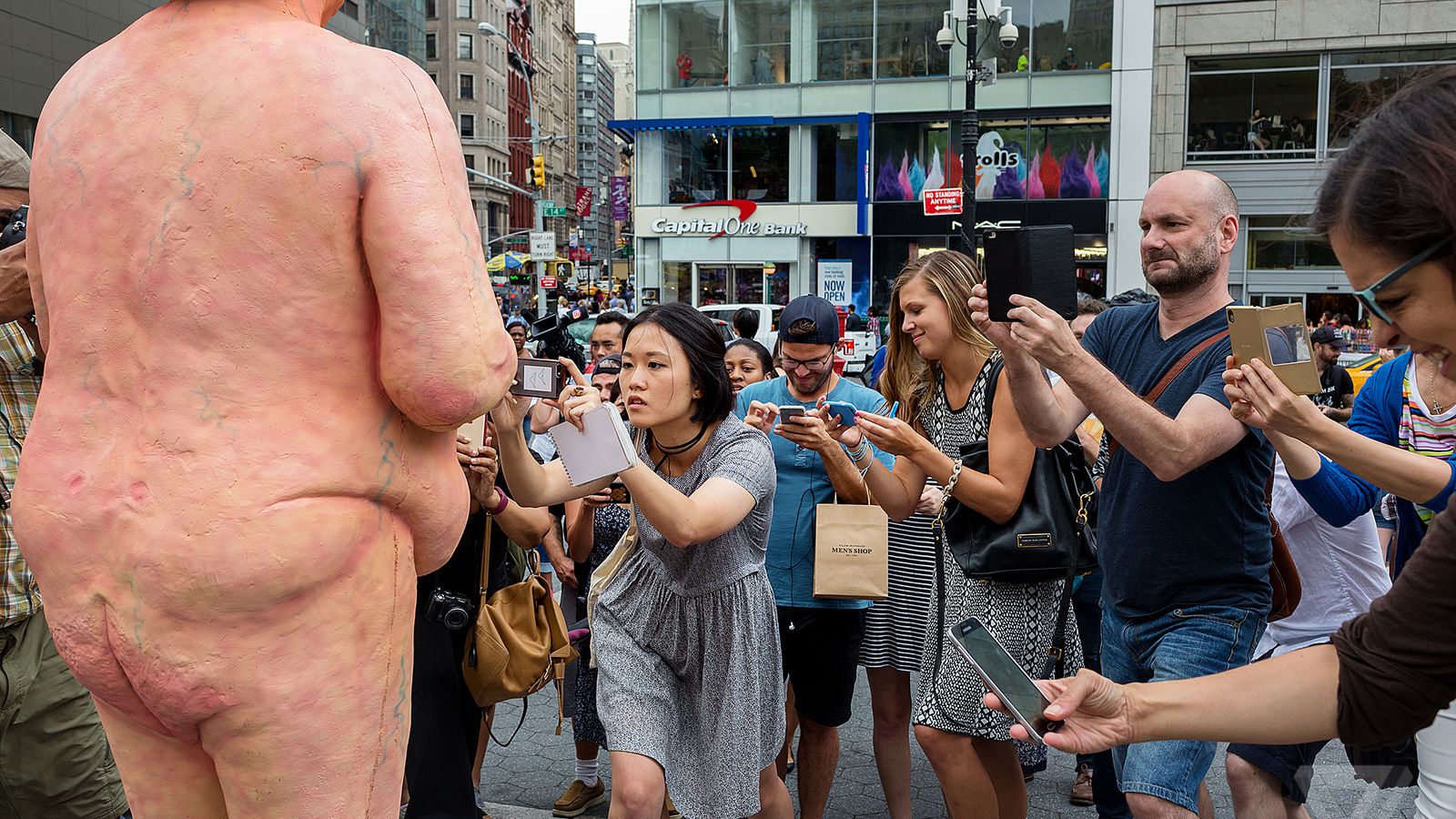 Five identical statues of a nude Donald Trump have appeared overnight on street corners in San Francisco, Los Angeles, Cleveland, Seattle, and New York City. So, The Verge ran down to Union Square in NYC to see as much of fake nude Trump as our eyes could possibly tolerate (photos below!).

The Washington Post reports that the anarchist collective INDECLINE is responsible for the statues, and are calling this project “The Emperor Has No Balls.” The name is ostensibly a reference to the famous fairytale “The Emperor’s New Clothes,” in which a narcissistic emperor gets conned into strolling amongst his people in the nude. Mr. Robot fans might liken the stunt to the one pulled by the show’s anti-capitalist fsociety, who symbolically removed the testicles from the iconic Wall Street bull statue.

Man, does that skin look like chewed up pizza crust or what?