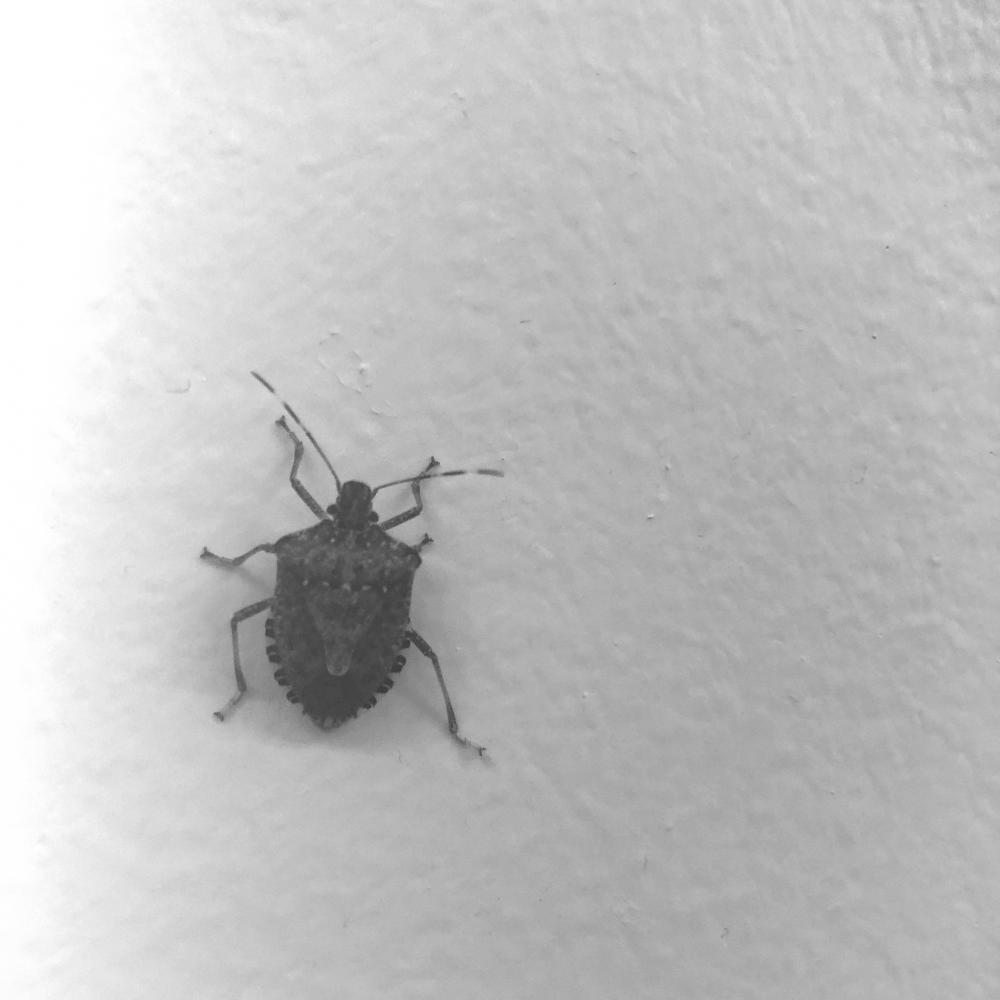 Seriously, this past summer I’ve become convinced they’re trying to take over the world.

I’ve never had one actually let loose with the stink though. They seem to be docile little critters, just meandering about town in their brown armor. However, the US Department of Agriculture wants them out of the country for being an agriculture pest. I guess that’s what happens when you’re an invasive species.

So last night I had this dream where I’m watching TV. Don’t ask me what or which station because it’s irrelevant.

Then out of nowhere my program was interrupted with a special broadcast. A dreamy doomsday broadcast. Panic in the streets, cars turned over, red tickers scrolling berserk at the bottom of the screen as pedestrians ran for their very lives.

But get this: the real mastermind behind both the American Stink Bug Invasion (ASBI) and the consequential residential cave-in was the dude with the mannequins at the Wheaton All Night Flea Market! Zurko was breeding the bugs in the basement like Jame Gumb was with his moths in Silence of the Lambs. Do you see the parallels? I thought so.

Please note: I have nothing against Zurko or his mannequins. THIS WAS JUST A DREAM.

So then the news reporters were trying to get an interview with Zurko. Figure out what his motives were, etc., etc. But he refused to talk since he was dressed up in his mannequin gear. He couldn’t break character!

And then the dream ended.

Funny. They don’t stink unless you squish them or mow your lawn 😣

They should call them “will stink ya bugs”

I will say, I will take a stink bug invasion over this damn mosquito take over we have been experiencing. I love how descriptive your dream was 🤣

Thanks! I try not to go outdoors much so I haven’t noticed the mosquitoes. However, I did notice that mosquitoes sounds and awful lot like mojitos.

Conventions are regularly held at my house. It’s a game here…. prizes to those who suck the most. 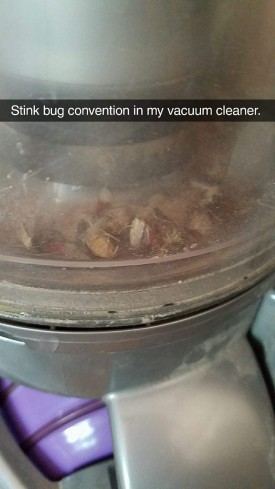 At first I thought you’d prepared a rocket to take them into outerspace! 🚀

1. They stunk if you squish them
2. There will be a stink bug vs mosquito war before 2020

My bets are on the stink bugs winning the war.

My daughter and I name them. We have conversations with them. Track their whereabouts in the room. Wonder about their activities throughout the day. They become like family. We introduce them the visitors. Oh, that’s Fred and Barney… JoeBob is over there. It’s really quite entertaining. I mean it’s not like they have any intention of leaving. I can pick them up and put them outside but I’m pretty sure they just come right back in. I actually considered marking them at one point to prove it’s the just agreed again, but I was afraid nail polish would kill them. And that’s how we manage our stick bug situation over here.

OMG that’s hilarious. However, based on the sheer volume of Freds wandering around, I say go for it and him with polish. If he dies, Fred2 will be along shortly. 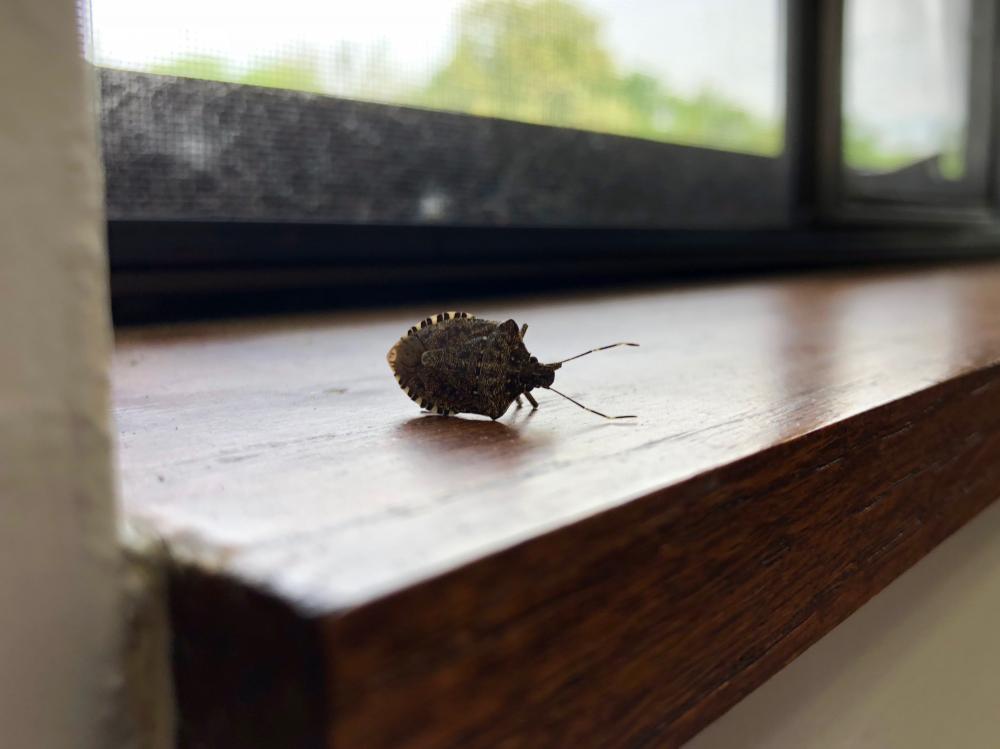 Stink bug having a nap? 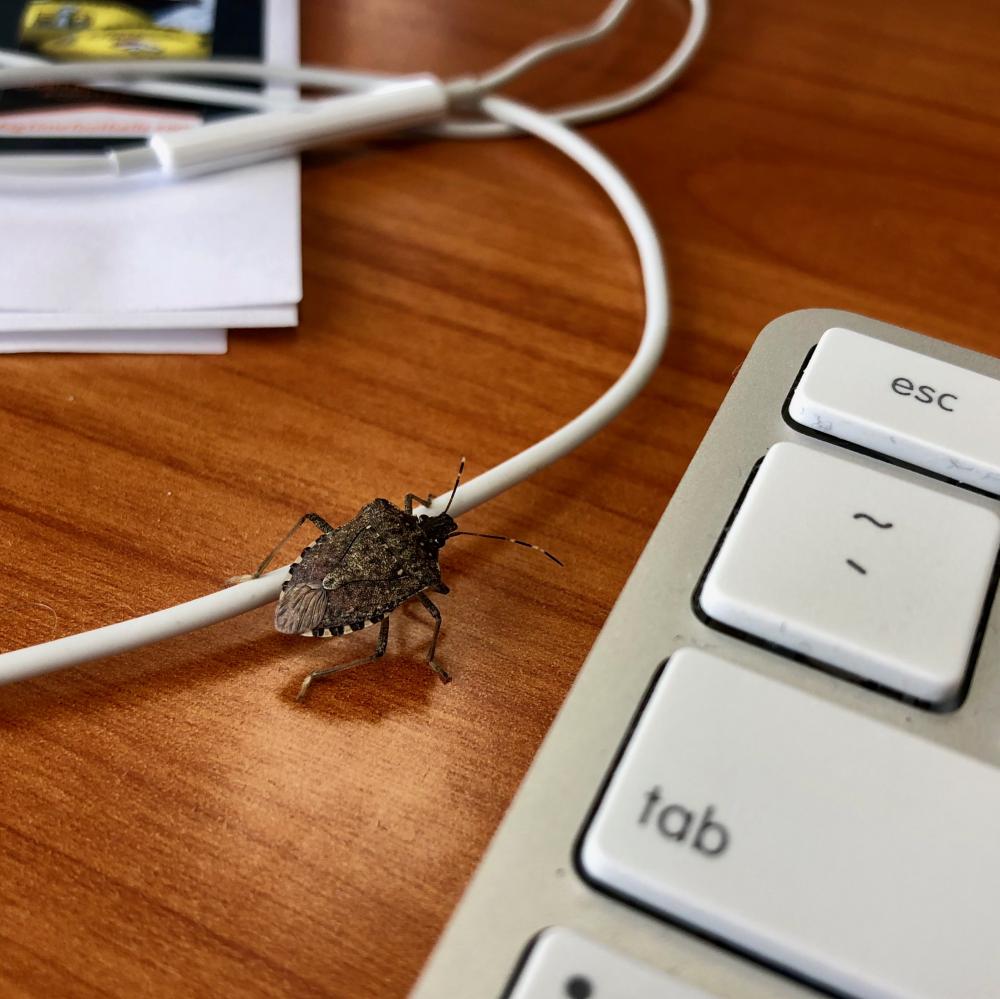 Stink bug on my work desk

I hope he knows how to type. #photos #meanwhile #worknews #stinkbugs