Mythbusters With a Splash Breaking Bad 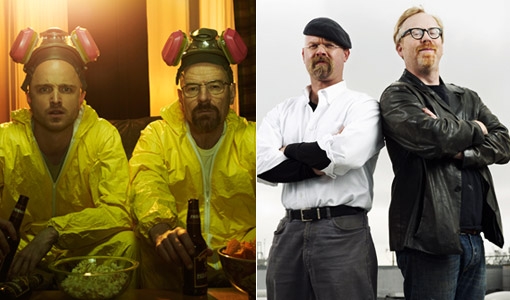 EW has learned that the Discovery reality series — in which everything from urban legends to Hollywood scenes are scrutinized in the name of science — will put AMC drug drama Breaking Bad under the microscope with an episode that includes appearances by star Aaron Paul and creator Vince Gilligan. “We’ve been wanting to do a Breaking Bad episode for awhile,” says Mythbusters host Adam Savage. “Obviously there’s a lot of fertile material to play with, so things that happen on the show have been ending up on our list of stories to tackle for a couple years now. And when Vince said in an interview that he’d love to see a Mythbusters/Breaking Bad crossover, we reached out to him directly and the response was overwhelming positive.”

Savage and co-host Jamie Hyneman will test the science from a scene in season 1 of Bad, in which Paul’s Jesse Pinkman uses hydrofluoric acid to dissolve a body but ignores instructions from Walt (Bryan Cranston) to use a plastic container. Jesse places the body in a bathtub instead and the acid eats right through the tub, which winds up falling through the floor. “Hydrofluoric acid is terrifying stuff,” notes Savage. “It’s not quite like alien blood, which is what a lot of people think when they think of powerful acids. It’s poisonous in a way that is completely unique and very disturbing.”

Ladies and gents, set your Tivos for this Spring. 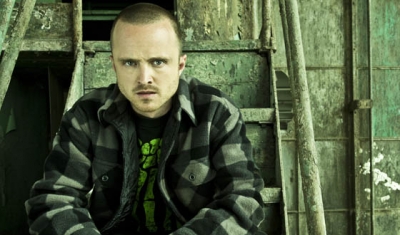 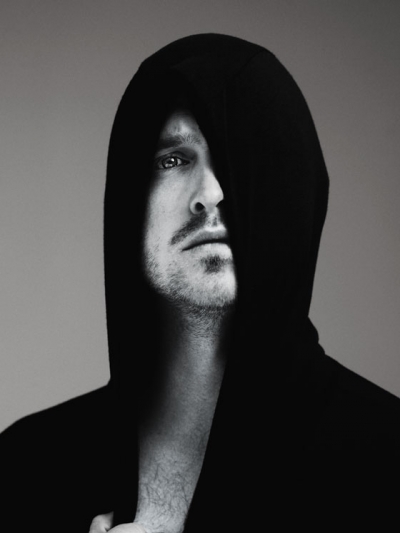 Aaron Paul on His Role in ‘Breaking Bad’

Paul, 32, is slight enough to be physically convincing as the twentysomething he’s played for the past four years. On the show, his dithering youthfulness is somewhat exaggerated by his baggy clothing and the way he tends to slouch and let his arms hang behind him like a dreamy, impatient 9-year-old who wants to be somewhere else.

He was in the X-Files episode, Lord of the Flies! I never watched many of the Doggett episodes but may need to dig this up.

If you haven’t watched any Breaking Bad, catch up on Netflix. Season 5 is scheduled to start this July. w00t!

In one scene, White creates a galvanic cell to jump start their stranded camper after a bad day out in the lab. Walter White proves time and again how powerful science can be, acting as a sort of meth-cooking MacGyver. […]

Still, the point is how the show treats hard science as a way to solve problems. Walter White is something of a superhero due to his education in practical chemistry, and that’s a rare thing in television.

Couldn’t agree more. Sure T.V. Shows need to evolve but everybody’s favorite line from Jessie has to be “Yay, science!”

If you need to quickly get up to speed on the show, have a look at the Breaking Bad Wiki.