← Pull the pin on their grenade 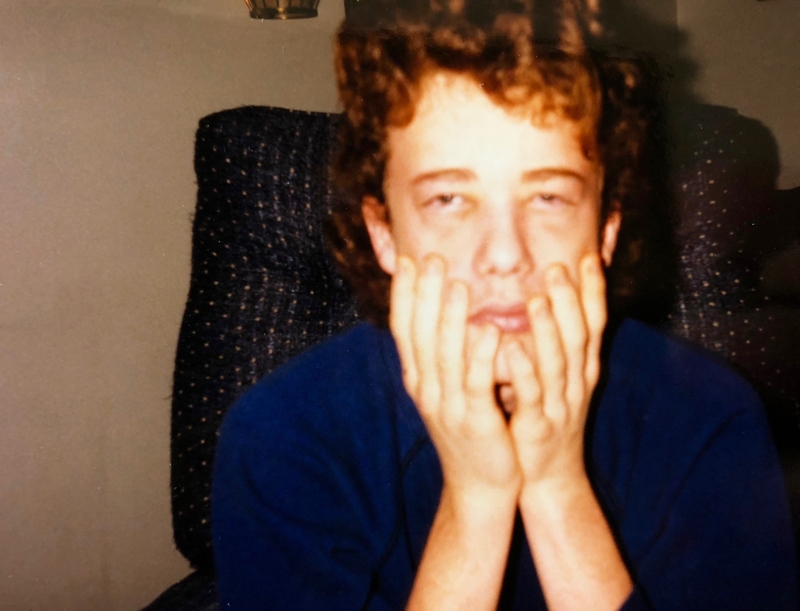 Four days after the car wreck of Nov 1989

And then there was that one time when I was in high school and in a car wreck. Of course I was drinking so the details are all a blur. I had huge gash on the top of my head after hitting the windshield. I would tend to believe there was enough blood to make people worry.

My friends and I are outside the car and the police are there and it’s all a big commotion. The car’s smashed, there’s broken glass, flashing lights blue and red.

And I’m just there acting like an obnoxious prick. It was one of those times where I felt like I could act like a jerk so I did. Entitlement can come in all forms. I’m still surprised the police didn’t put me in handcuffs.

So then the ambulance came and my friend and I are taken to the hospital. I remember being in an operating room and the staff, doctors, nurses, or whoever are trying to stitch my head up and I’m continuing to act like an asshole. Cussing, swearing, an all out belligerent jerk.

People were just trying to do their job and I was making it 10 times harder than it needed to be. Lashing out at them because they were there and I was drunk.

And why was I so angry? I don’t know. As a teenager I think mostly what I felt was just frustrated. Not really being in touch with my emotions I couldn’t even tell you back then that I was frustrated. It was just what I felt. I needed another cigarette.

Annoyed, discontent, restless, irritable, those are the reasons why I listened to so much angry music in the late 80s and early 90s. It was a conduit, an outlet I could plug in to that helped release just a little bit of that overall emotional cramp. Put on the headphones and have the music so loud I couldn’t hear anything else. Including the very things going on inside that wanted to get out. That would set me free.

Looking back decades later I know why I was so distressed at 17. Because I never dealt with anything. You’ve all heard that before. Garbage bags of hostilities piled up inside from situations I was in that I never allowed myself to feel. Bullies in school, spiteful older brothers, or whatever. Take your pick.

And as everyone knows volcanoes blow when there’s too much pressure. I hate that analogy because everybody uses it but it fits.

Back to the hospital. Frankly I’m surprised that people even work in emergency rooms in the middle of the night because I’m sure I’m not the only drunken asshole they’ve had to fix. People like my mom, my sister, my niece, people like Sara. Nurses who dedicate their lives to caring for souls, toxic and warmongering.

I don’t remember what happened after my head was stitched up. I don’t remember going home or remember the next day. Probably because it’s been so long ago. But what I do remember is that nothing changed in me because of the wreck or because of my behavior that night. I just went back to being my quiet self and throwing fits when I got drunk enough.

What I’m most ashamed of is that night the girl who was sitting on my lap during the crash ended up with a broken neck. And nobody knew it at first because I was out there being my worst self. 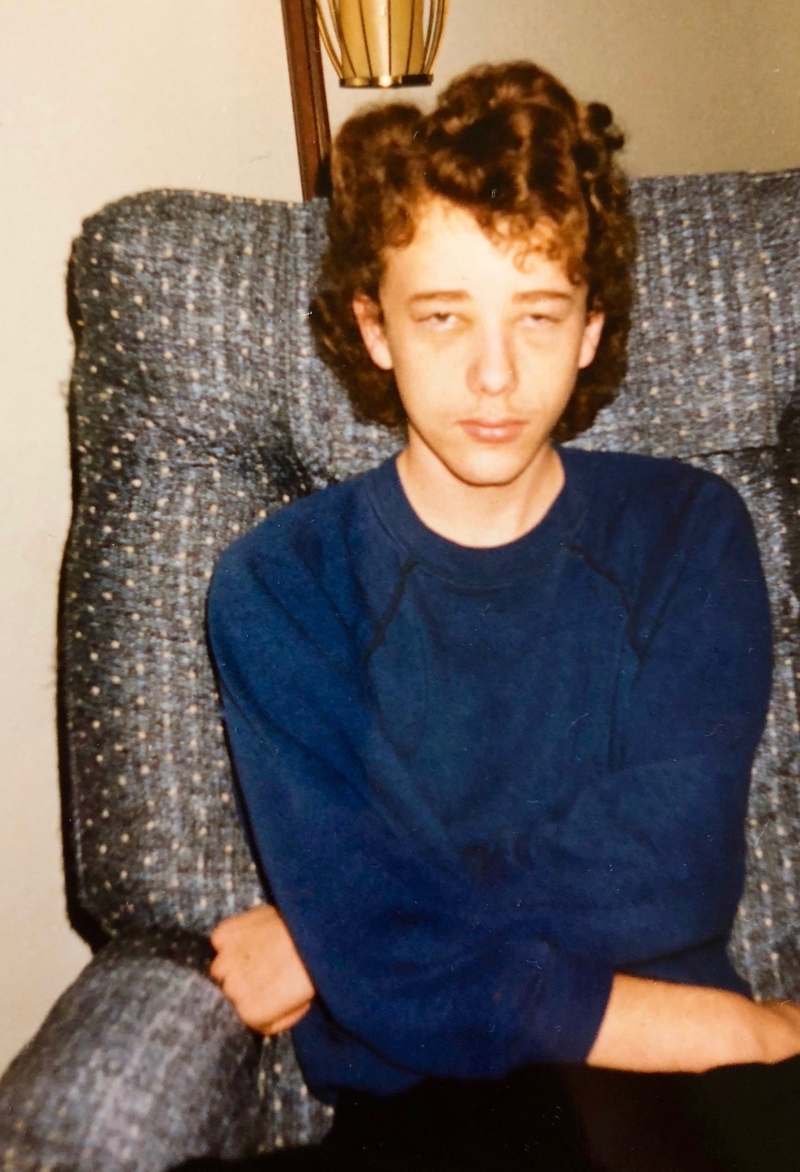 After I got sober I saw handfuls of kids when speaking in treatment centers and lockups who were filled with the same kind of rage. Subconsciously waiting for someone or something to pull the pin from their grenade.

And I think that once someone goes too far down the angry path there’s little we can do to snap them out of it. Frustration layered over hurt, the torment, the pain with no where to go, those are too powerful of forces for us as parents and adults to pull them out of.

If only we could touch them with a magic wand like the fairy godmother and Cinderella’s pumpkin and take away their pain.

But we can’t. We can only love them until they can love themselves.

And don’t worry moms and dads. We as parents can only hold the bow and aim for the bulls-eye. Our kids as the arrows will go where the wind blows. Or however that saying goes.

Even after another car wreck and broken nose, countless stitches and staples, too, I somehow turned out all right.

You had critical injuries and you are lucky to be alive! Unless we are talking about two different auto accidents.

I was talking about the Nov 1989 accident. I think you’re thinking of the Dec 1990 accident.

You have turned out just right!

Never did figure out why the cop returned your driver’s license to your grandmother’s the next day. He took it at the hospital because I said you weren’t able to consent to a blood test (you didn’t even know what month it was). He said that was refusal to take the test, I said whatever.