← Medusa’s snakes and your mom’s pubes 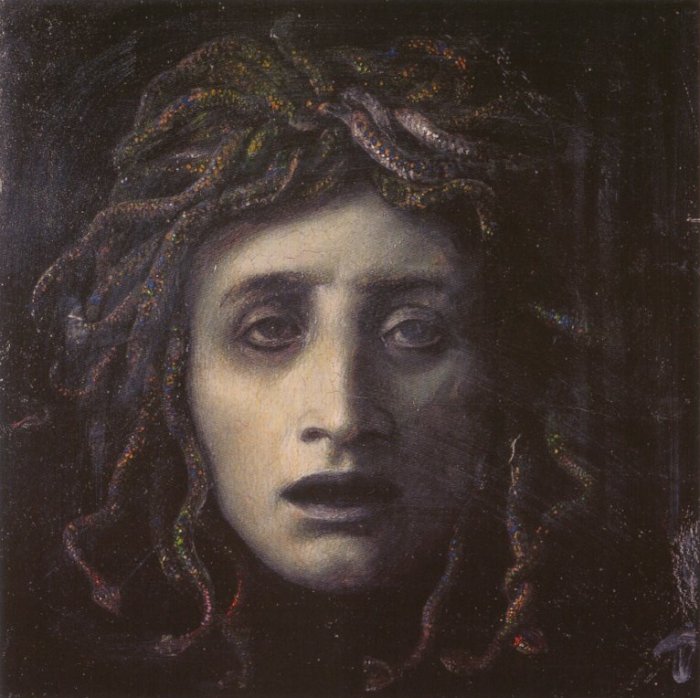 In Freud’s interpretation: “To decapitate = to castrate. The terror of Medusa is thus a terror of castration that is linked to the sight of something. Numerous analyses have made us familiar with the occasion for this: it occurs when a boy, who has hitherto been unwilling to believe the threat of castration, catches sight of the female genitals, probably those of an adult, surrounded by hair, and essentially those of his mother.” In this perspective the “ravishingly beautiful” Medusa (see above) is the mother remembered in innocence; before the mythic truth of castration dawns on the subject. Classic Medusa, in contrast, is an Oedipal/libidinous symptom. Looking at forbidden mother (in her hair-covered genitals, so to speak) stiffens the subject in illicit desire and freezes him in terror of the Father’s retribution. There are no recorded instances of Medusa turning a woman to stone.

Of course Freud makes Medusa about your mom’s coochie.