← Dave to the front

The scene is a department store in Naperville around 7pm last night. Sara is meandering around the aisles and only mildly interested in the store’s goods.

The checkout aisle are only slightly busy but I’m interested in who Dave is and why he left Hawaiian Bob to man the registers all by himself.

Dave hasn’t made his way to the front by the time I do. Hawaiian Bob pages him again. Dave then does appear moments later. He’s slightly older and slightly frumpy. I get the feeling he’s not interested in being up front. I watch he and Hawaiian Bob discuss store business out of earshot. Dave then vanishes after a few seconds.

Sara comes to the front and says she’s ready to go. I notice they have Polish china and we peruse.

I move closer to Hawaiian Bob’s checkout aisle. He’s obviously stressed even though I don’t see any customers clamoring to pay for their goods. Hawaiian Bob pages Dave on the intercom again.

Hawaiian Bob then sees me standing too close to him and asks if I need help with something. I say, “No, thank you. I’m just waiting for Dave, too.” Hawaiian Bob looks confused and then nods as we both see Dave reappear.

Again, I’m not within earshot to hear Dave’s minor altercation with Hawaiian Bob. Dave then begins folding and re-folding towels on an aisle’s end-cap. He looks annoyed. I project he’d rather be sitting in the storeroom eating his ham sandwich.

Sara’s ready to go again. As we walk out I turn back and look for Dave. I don’t see him. I call out, “Dave to the front” as we walk through the sliding doors.

Make your own adventures, peeps. 🍌

The next time Dave is paged he arrives with an axe and ends up grinding it. Bob’s brains look like pineapple and tomato sauce.

I could see that plot playing out

A few of thoughts on this Wednesday in February: I never knew there… 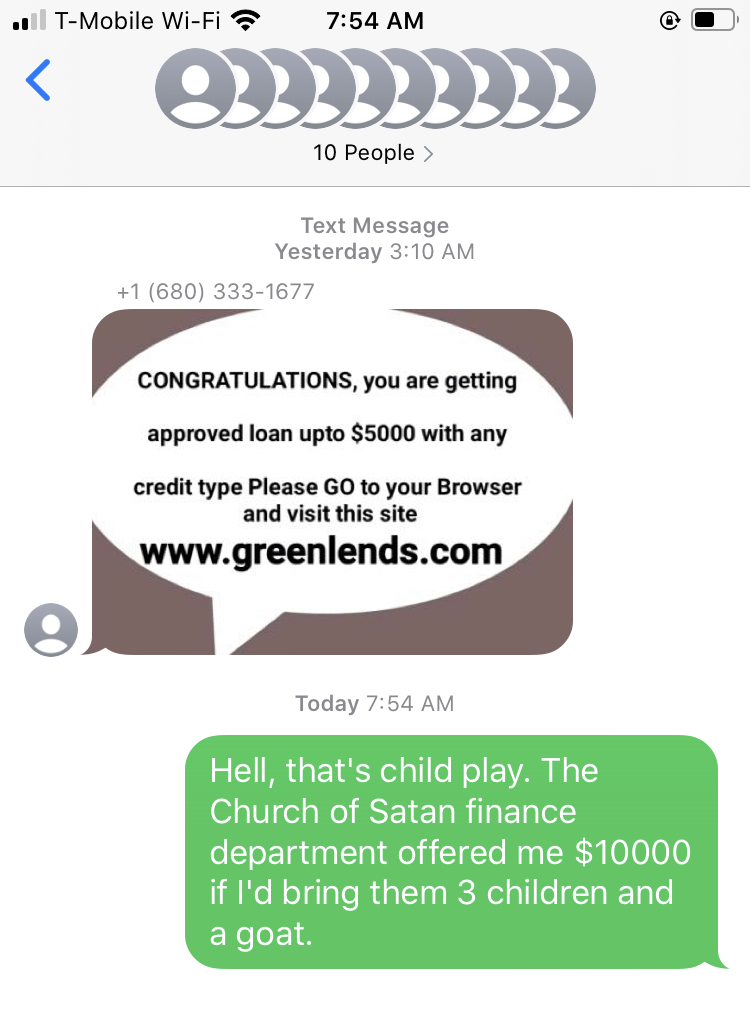 3 children and a goat

Yesterday evening around dinner time in St. Charles a lady rode my…