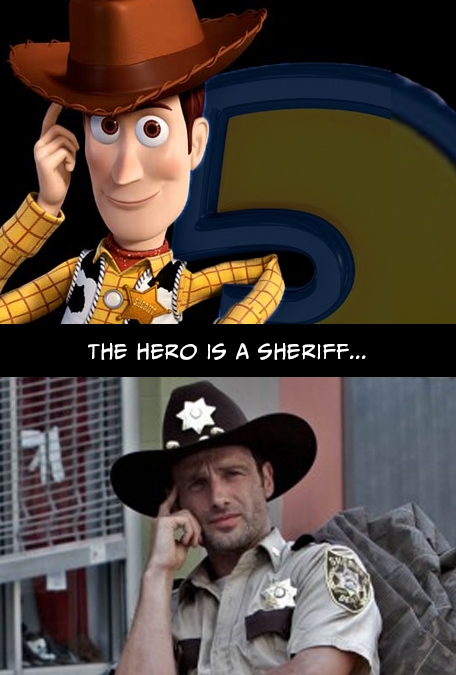 Small town sheriff. Weird looking kid wearing an oversized hat. Outsider arrives and shakes things up. The dead come to life. I’m, of course, talking about Toy Story, Pixar’s 1995 film that gave the studio enough clout to eventually make Cars 2 (thank GOD). I suppose the same plot summary could be used for AMC’s The Walking Dead, two dots that Redditor “JimmyLegs50” connected to make a mashup of the movie and zombie series.

You’ve probably already seen this because of the awesome-factor it holds. If not, you’re in for a treat.

Jump to the imgur page if ya want but the site is flaky at best right now. 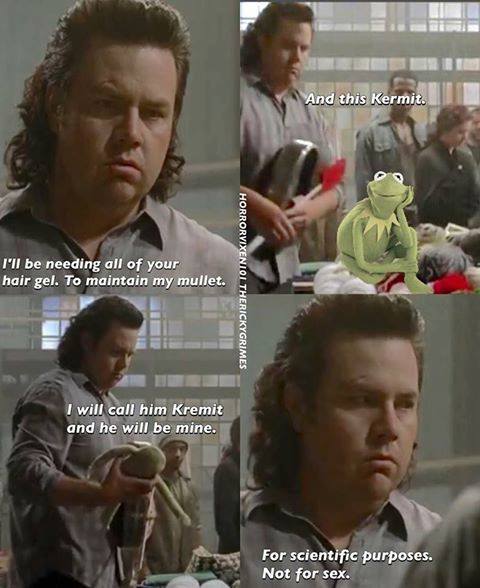 Eugene sure loves that Kermit Kremit. Episode reference and spoilers…

Zombie science and more on StarTalk