My grandma Mildred bought sleeping bags for the whole family when I was a kid. One for each of us. And just one was big enough for four people. So big you may have been able to roll one out and cover the east side of the Grand Canyon. Maybe even throw it up over the moon if said moon was too bright for you on your summer night.

Being a smaller kid I had to tie a rope mine and drag it around with a bulldozer to get to wherever I was going with it. Well, it was more like playing tug-of-war with an oversized, irradiated cocoa burrito from the 1950s Mars. Because it regularly refused to cooperate. I’d be exhausted after finally moving the bastard only a couple feet.

The woolen, triple lined sleeping bags were hotter than the last day of hell, too. Sleeping inside one would bake you just right for the Lake Wapello cannibals over on the northern side of said man-made lake. Local field guides said the cannibals had already eaten all the Boy Scouts so the campers could only be next.

And then said portable sleeping gear would suffocate you if you fell asleep. So you didn’t. One time in the middle of the night my mom literally kicked me outta the tent and then I rolled down the campground hill in the pouring rain. I almost fell in the lake. She said she didn’t care if there were thunderstorms soaking most of Iowa, she couldn’t stand my snoring another minute. I was two years old.

Anyways, the next morning coming out of the human hot pocket, you’d be drenched in sweat like you’d been sleeping in that Steamboat Geyser at Yellowstone. You basically had to swim the dog paddle to break free of ye woolen sack and the 550°F fuzzy oven.

And trust me, the sleeping bag would not let you go without a fight. The inner textile bowels were slick as Christmas ice and you were constantly slipping and sliding farther back down into the gaping void of sheep fleece and cotton. The loose threads a tourniquet for your toes, the steel zipper piranha teeth for your fingers.

If you were lucky there may have been a stray tree root you could grab on to for leverage. So long as it was anchored in that hard camper dirt.

Back at home I once rolled one of the brown human tote bags down to the basement and it splintered each and every stair as it bounced down those wooden steps of Allison Avenue. Cracked the foundation of the house, too, when it finally came to a stop against the western wall. I left the fabric Ho Ho where it was as a warning to the next soul should they be enticed by the innocent comforts of a monster in disguise as a friendly, cozy, snug sleeping bag.

Grandma Mildred was a beautiful, caring woman. No blame lay with her for this and I fault her not. She was barely 4 foot 12 but her heart was big enough to power a Mount Juneau grizzly.

And then back to them gargantuan sleeping bags. There was one time that our dog went into one and was lost for over 7 hours. We’d throw in pieces of ham in hopes the smell would lead him back out. We’d call but our voices only bounced around like distant, fading echos.

Every now and then we’d hear a faraway whimper, a doggie moan for help. There was nothing we could do though. You’d be a fool to venture inside without a safety line and a troop of reindeer to pull you free.

So when our little dog did finally find his way back to us he was a changed man. He looked at the world differently. Like he’d seen toe jams mutated and cheesy, corrupted by the cocoon of sweaty death. Like he’d been to places no other dog should go, heard sounds no other dog should hear. I can’t imagine what horrible, atrocious acts he smelled with his little doggy nose but I assume they were foul, satanic stenches straight from the browned Netherworlds.

I plundered and pillaged photo album after photo album (two really) and couldn’t turn up any pictures of the sleeping bags. I did find a one from summer of 1975 at Lake Wapello though. That’s me with the dump truck, one of my sisters with the shovel, one of my brothers in the 55 shirt, and Grandma Mildred in the back. I imagine my mom took the photo. 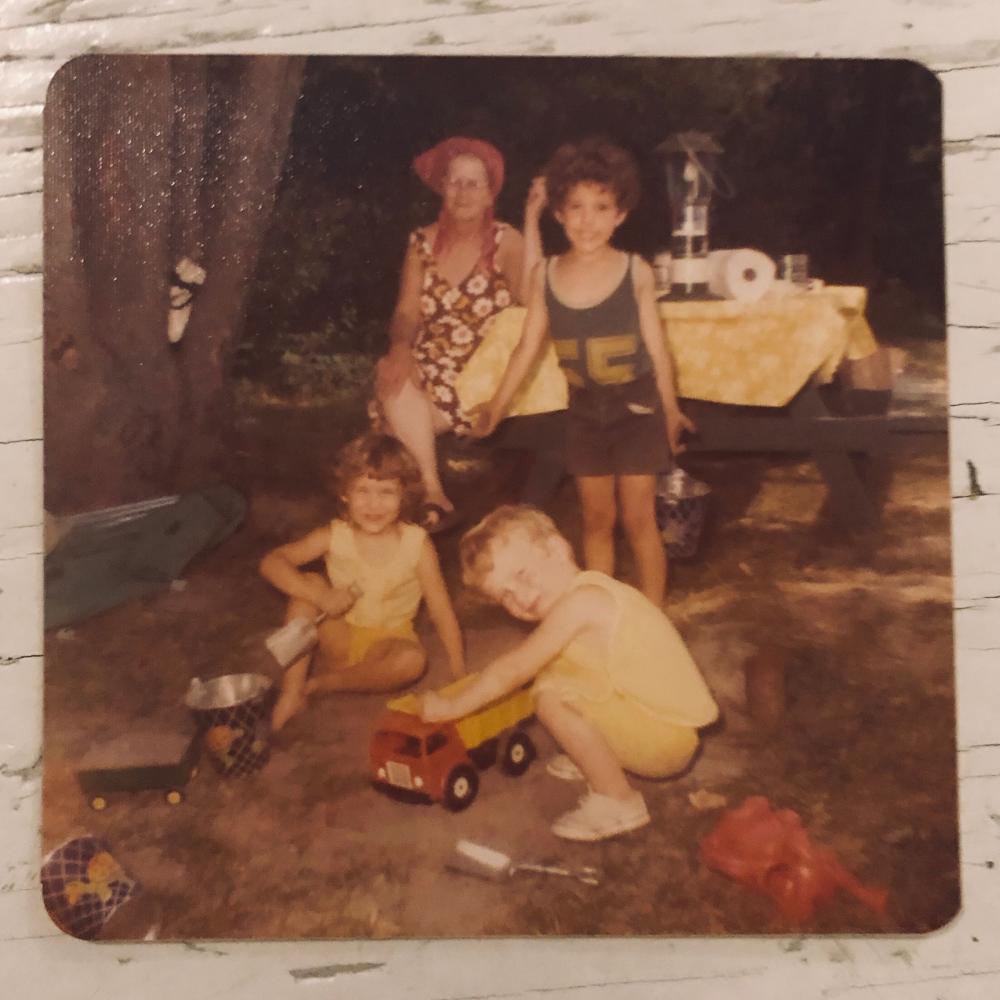 Who knows where the bags are now. One’s still probably down in the Allison basement. Waiting. A cylinder of cloth, a chamber of nuclear fission.

We had some fun times camping at Lake Wapello! One time, in a pop up camper, you (@ age 3 or so) rolled from the camper - between the canvas and the camper itself out onto the grass. I woke up with the sound of your crying, ran outside to find you pla…See More

I think the raccoon story is real 🤔

I remember telling your mother there’s a kid crying outside and she said “that’s ours”.

I was so drawn in, I nearly suffocated in the sleeping bag. Poor, poor dog.

It was a suffocater for sure! 🌯 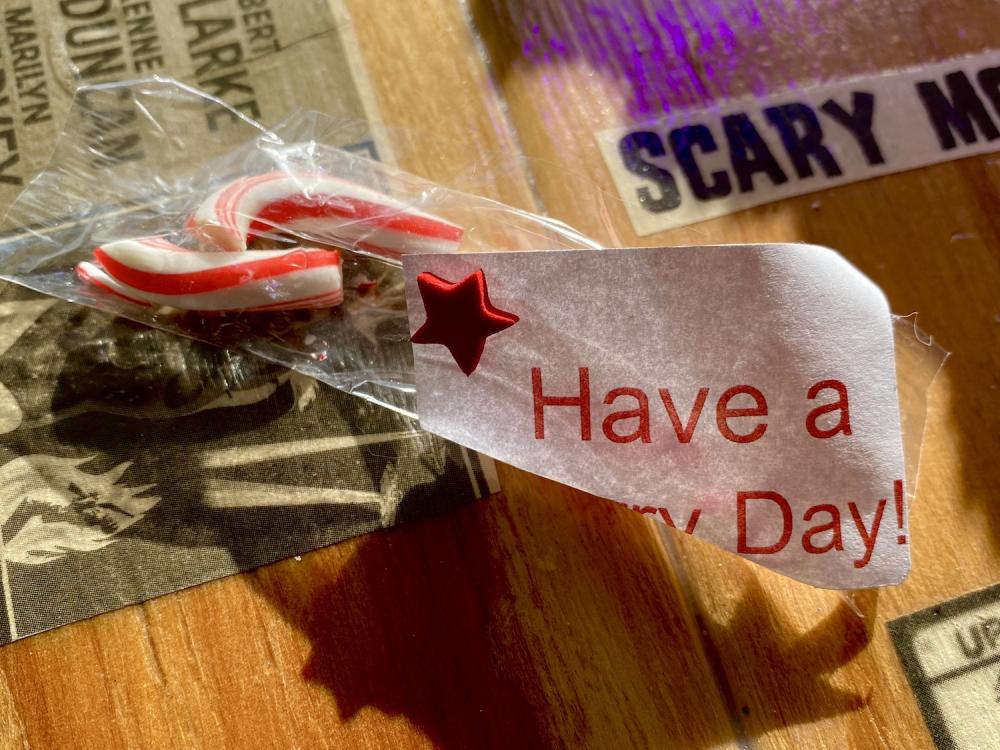 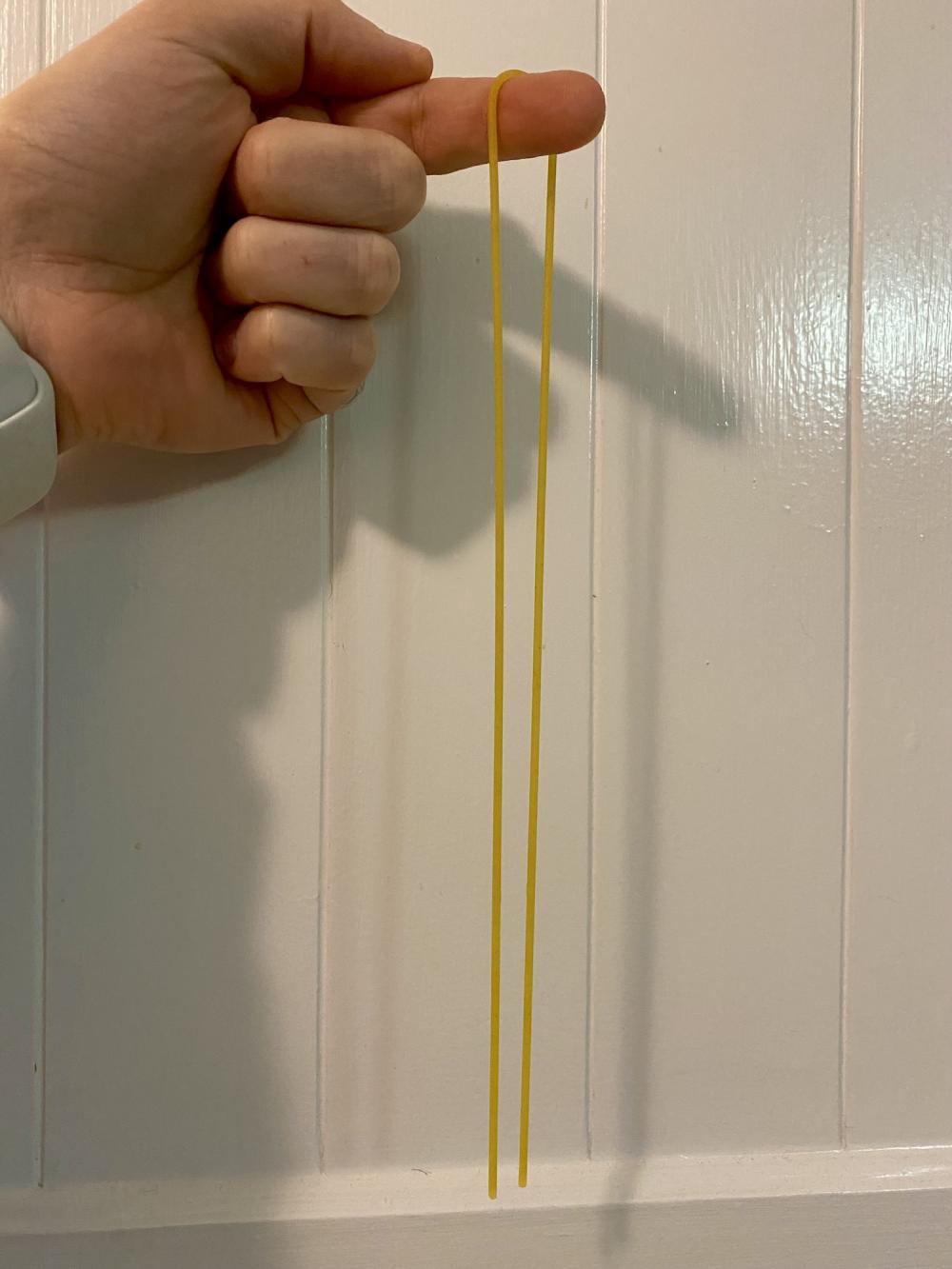 Stupid Christmas tree keeps drinking all the water. Like I ain’t…