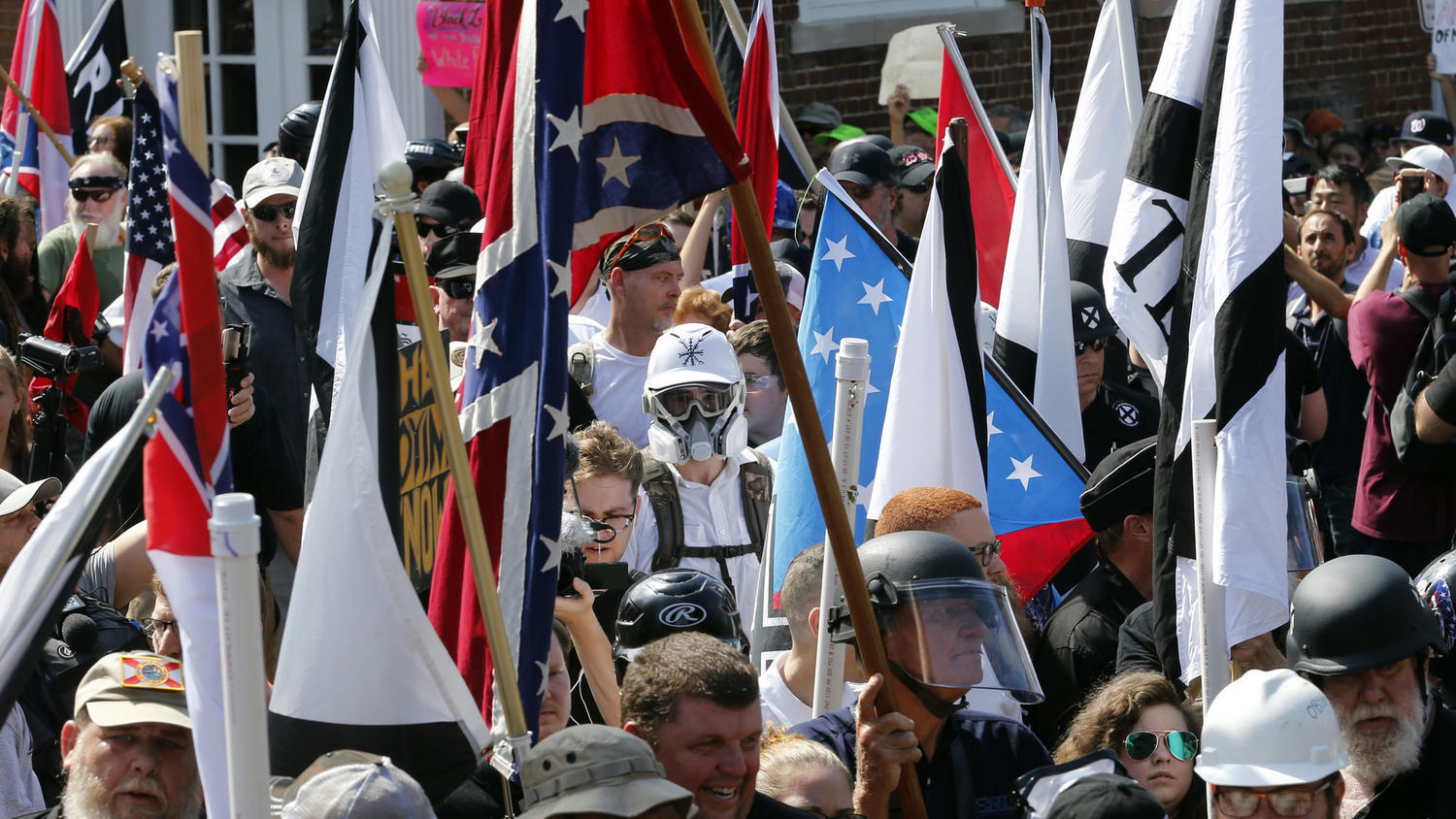 The resolution comes in response to the violent weekend in Charlottesville, Va., where a woman who was protesting a rally staged by white nationalists was killed after a driver who participated in the rally drove a car into a line of vehicles.

“It is vital that we stand in total opposition to the hatred, bigotry and violence displayed by the white nationalist and neo-Nazi groups in Charlottesville this past weekend,” said sponsoring Sen. Don Harmon, D-Oak Park. “They are the heirs to the Ku Klux Klan and the Nazis. We fought two bloody wars in opposition to their ideologies. We must continue to fight those same twisted ideologies today.”

I’ve been going so far as to say that the powers that be should amend the Constitution to ban hate groups from parading around in public.

What the Illinois Senate did is better. Let people marching with Confederate and Nazi swastika flags be legally known for what they are. 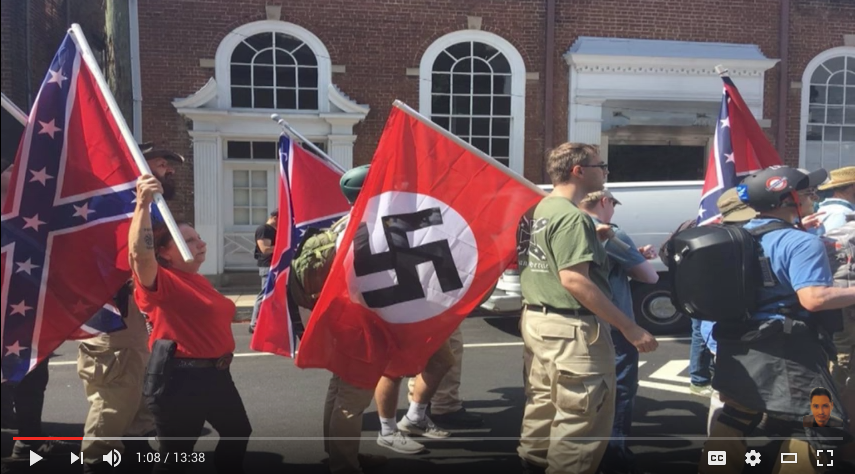 I don’t know how much legal weight the resolution has but it’d be nice if it gave the police the authority to stop them from parading around with their flags and signs and shields. I’m hoping more states will adopt similar, too. Give organizations just cause for denying the almighty “permit” to incite hate and oppression.

Again, I don’t know the resolution’s legalities but these are my hopeful assumptions.

Definitely a step in the right direction by taking away their public podiums.

Final thought for this week…