← Having a party of one

Then drunk dude leaned over in an intoxicated way and said to me, “You gotta know who this is…” Not wanting to engage I bluntly interrupted him with, “I don’t know who it is. Sorry.” I didn’t even bother to make eye contact as I snubbed him.[1]

Because I have plenty of social anxiety. And the last thing I wanted was for the other patrons to think I knew drunk dude or that I was even okay associating myself with him.     I‘m not above standing in contempt of people who don’t take care of themselves. Especially in a crowd.

Drunk dude must’ve realized that nobody was going to party with him as we stood in line to check out. He went back to mumbling to himself, nodding barely in time to the music, and then the room’s overall tension eased up. Like when the deep cleaning is almost, almost over.

As I stood there relieved that I’d avoided any kind of social awkwardness I watched drunk dude shuffle up to the cashier’s counter. Now that nobody’s eyes were on me I could wrangle a little compassion and my thoughts wandered back to a “one time…”

One time in the mid 2000s one of my brother’s drunk dialed me in the middle of the day from a gas station pay phone. He was wanting to party over the phone and I wanted little to do with all that. I ended up hanging up on him after he engaged in obscenities with people walking past him.

“What the fuck are you looking at? I’m talking to my little brother.”

I felt embarrassed for him and I wasn’t even there. Not everybody is the man trying to keep you down. And I didn’t want to be known as the “little brother” on the other end of another drunk dude’s phone.

And I would guess that my brother was just trying to bond like we did when we were teenagers. Like when we would do our drunken stumbles into the Cedar Rapid’s 7-Eleven to shoplift more drinks and more cigarettes. And maybe steal a wheelchair.

But. My take on the saying “you can never go home” is that you can never re-capture that magic. Life’s about making new memories and having new adventures. Sure, you can rekindle fires but you can’t burn the same logs.  You gotta chop some new wood.

And then also, it does takes a lot of courage to reach out to someone and make that phone call. It’s not an easy receiver to pick up. Drinking empowers those of us who’re broken.

I miss that brother and I get what he was trying to do from that payphone but nobody wants to talk people who are drunk.  Unless you yourself are drunk.

Many years ago of course, but I’ve called people in the middle of the day and in the middle of the night all fucked up. Been staggering drunk in public more times than I can count. Tried to be chummy good friends with people I wasn’t friends with. Bond with strangers…because really, when I was sober I felt alone. I just wanted human contact with someone I knew.

For too many people drinking relieves the anxiety of being in public, of dialing the number. It’s that empowerment thing. Just opening up and talking to people. Drinking gave me that little boost I needed to overcome and simply have (or try to have) a real conversation. Have a meaningful interaction with another human.

It sounds kind of dumb but I really believe there’s something to the theory that when alcoholics drink they’re trying to become more spiritual. Tune in to that cosmic frequency that they’re cut off from when sober.

 When I was drinking I was nicer, I was more loving and generous. I freely talked to people and oddly opposite, I wasn’t afraid of making mistakes. Even in front of other the other humans.  For those of you that know me you’ll know where drinking got me, though. And where I guess that it’ll get this drunk guy, too.

Stepping back out of the theoretical, I felt a smidge bad for snubbing that drunk dude in the 7-Eleven and my brother on his party time payphone. Not bad enough where it was life-changing-course bad, because I’d snub them both again if put in those same situations. But bad enough that when I saw drunk dude sitting on the curb by my truck still humming a drunken melody and scratching his lottery tickets, I walked up to him and said, “Have a good night man, and be safe out here.”

Because he’s a human. Obviously got cavities, just like me.

I felt compelled to say something more, do something more as I was shutting the door of my truck. But then again I’m not a super hero let alone drunk dude’s friend or even know him. So what I said was good enough.

I got a PBS show on while making the lunch. There’s a goat/antelope… 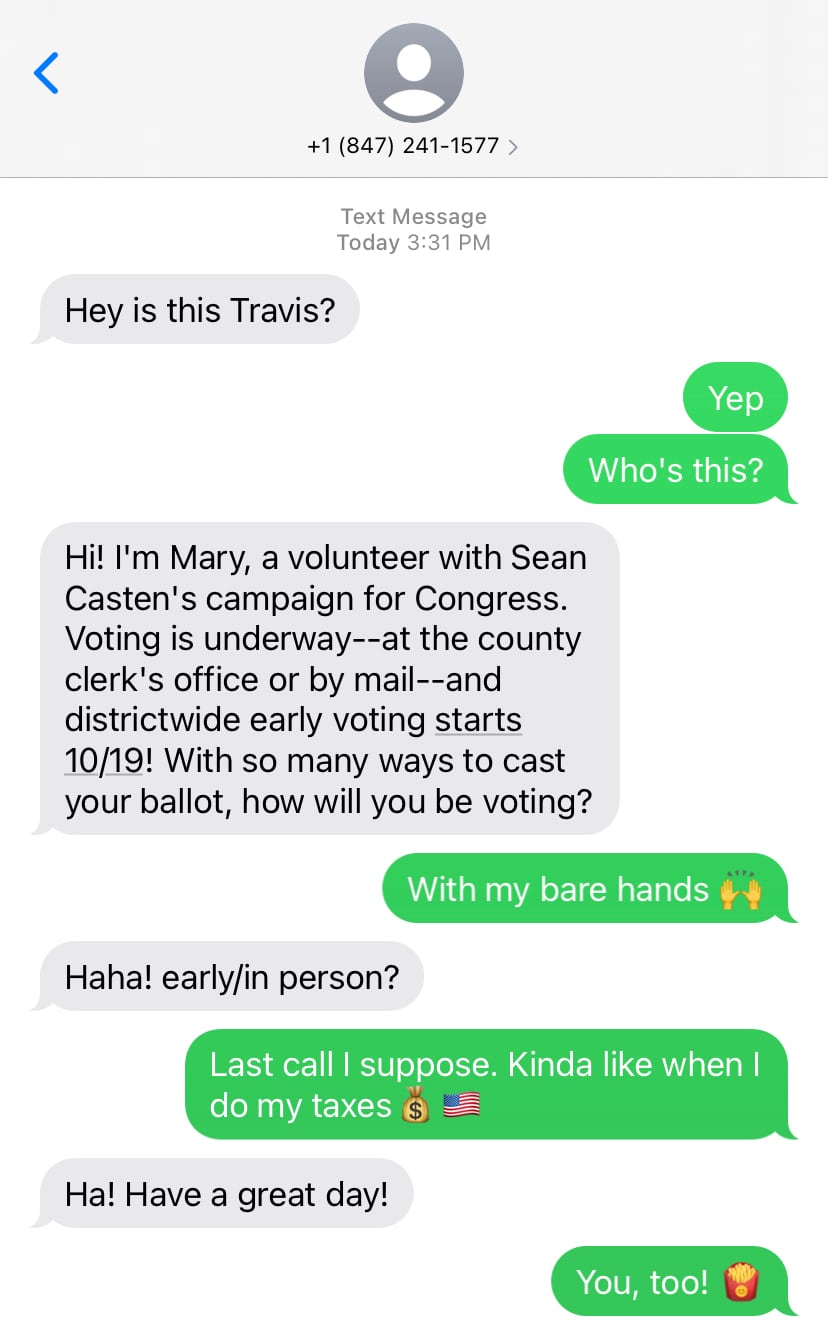 I shall vote with my bare hands

I was gonna go out and do yard work. But the next door neighbor is out…